Support The Wertzone on Patreon

After much debate (and some requests) I have signed up with crowdfunding service Patreon to better support future blogging efforts. You can find my Patreon page here and more information after the jump. 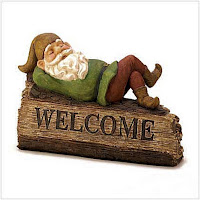 Patreon is a crowdfunding site that allows people to support their favourite bloggers, authors, artists and creators, from as little as $1 a month.

What do people get out of it?

The writer gets financial support. In my case, this will allow me to spend more time blogging and writing and delivery more content to a higher standard. In the contributor's case, they get exclusive or earlier access to material.

What more stuff will you be able to do?

I'll be able to devote funds to buying new PC equipment like cameras and mikes to move into video blogging (it's where the cool kids are these days), with a video version of The History of Epic Fantasy at some point. I'll also have the time to pursue The History of Science Fiction, which lots of people have asked for. That's an absolutely massive project and would only be viable if I could dedicate full-time work to it.

I'll also be able to attend more events, meet more authors and writers and expand the range of content on the blog.

Wait, does this mean supporters get stuff normal readers don't?

In my case, no. Patreon supporters will get early access to my next blogging series, Cities of Fantasy, with each article to be published on Patreon one month before it is published on the Wertzone. Everything that appears on Patreon will appear either here on the Wertzone or Atlas of Ice and Fire, if a few days or weeks later.

I like the idea of supporting you, but not on a monthly basis. Can I make a one-off contribution?

Absolutely! You can use the Wertzone tipjar account to make donations via PayPal. I've moved the tipjar into a more prominent position in the top-right of the blog to help with that.

Thanks everyone. So far we're up to about $178 a month, which has made a big difference in allowing me to afford to do more stuff for both this blog and Atlas of Ice and Fire. More stuff is coming down the pipe, so if people have been thinking about donating now is a good time to do so! 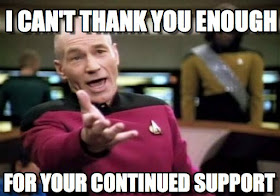