Ideas for the new LORD OF THE RINGS TV series

Amazon have confirmed they are collaborating with Warner Brothers, New Line Cinema and the Tolkien Estate on a new Middle-earth TV show set between The Hobbit and The Lord of the Rings. Lots of ideas have been floated about what the show could be about, so I've come up with a few possibilities (click for bigger versions). 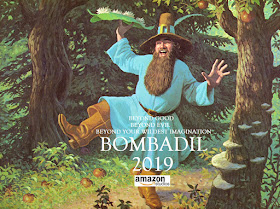 Peter Jackson's Lord of the Rings movie trilogy was a critical and commercial success, but the absence of one fan-favourite character still rankles with some Middle-earth appreciators. The new show would be an opportunity for this old wrong to be put right.

Did Bilbo Baggins just spend sixty years kicking back in Bag End and counting his money? Hell no, he kept himself busy by investigating crime in the Shire, to the despair of the Michel Delving Shirrifs.

Elrond Half-elven provides life advice and assistance through the medium of explaining backstory in sonorous monologues, with occasional dramatic peaks.

"Elrond, what can I do about my relationship woes?"
"Your relationship must be ended, for the good of the world of men. One of you must do this."

"Elrond, my boss is a total arsehole. What can I do about him?"
"You must cast him back into the fiery chasm from whence he came!"

"Elrond, loot boxes in video games suck! What should we do about them?"
"I fear this evil cannot be held back by the strength of the elves alone. And now you tell me that Electronic Arts has joined the enemy? Our list of allies grows thin." 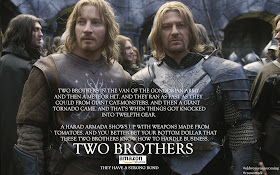 Expensive CGI will be used to de-age David Wenham and Sean Bean so we can enjoy this story of two brothers (and their domineering father) as they do...stuff in Gondor. 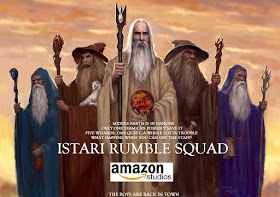 Five wizards are here to mess up your jam. CGI will be used to recreate Christopher Lee, whilst his dialogue will be provided by simply mining words from every film he's ever appeared in. Ian McKellan and Sylvester McCoy star. With two other guys (whose names will only be mentioned if the Tolkien Estate is paid a lot of money for the rights to Unfinished Tales). 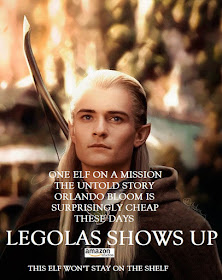 The surprisingly affordable Orlando Bloom plays everyone's favourite shield-skating elven warrior who shows up when it's least expected and most jarringly inconsistent with the canon. 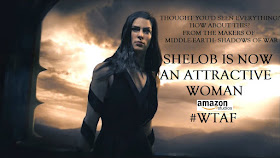 Spinning off from the video game Middle-earth: Shadow of War, this series will explore the backstory of Shelob who, it turns out, can manifest as an attractive human woman. Who knew? 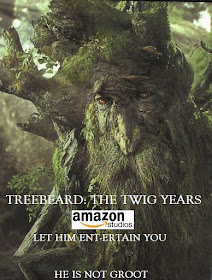 This Ent-focused conservation programme, voiced over by David Attenborough, will fuse almost-thrilling episodes where the Ents discuss a problem for hours on end with notes on the shameful deforestation of Fangorn Forest and destruction of the surrounding ecosystem.


Thank you for reading The Wertzone. To help me provide better content, please consider contributing to my Patreon page and other funding methods, which will also get you exclusive content weeks before it goes live on my blogs. The Cities of Fantasy series is debuting on my Patreon feed and you can read it there one month before being published on the Wertzone.
Adam Whitehead at 11:56
Share