Transworld have confirmed that the next Malazan book to be published will be Ian Cameron Esslemont's The Jhistal, which is due in November 2020. 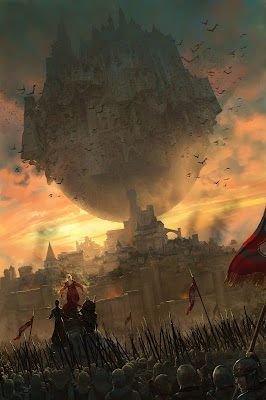 The Jhistal will be the fourth volume in the Path to Ascendancy series (despite early speculation it would be a continuation of the six-volume Malazan Empire series) and is presumed to focus on the Malazan Empire's expansion to the islands of Falar.

Steven Erikson's next Malazan novel, The God is Not Willing, the first book in the Witness Trilogy, is almost complete, with Erikson noting this week he'd reached the final chapter in the book. The book is currently scheduled for release in November 2021, but it is unclear if Tor and Transworld would be willing to bring forward the release date if it is indeed completed imminently.
Adam Whitehead at 16:41
Share