Amazon's Lord of the Rings prequel television series has found its new home. After shooting the first season in Auckland in New Zealand, the second season sees the show basing itself at Bray Studios, Berkshire, just west of London. 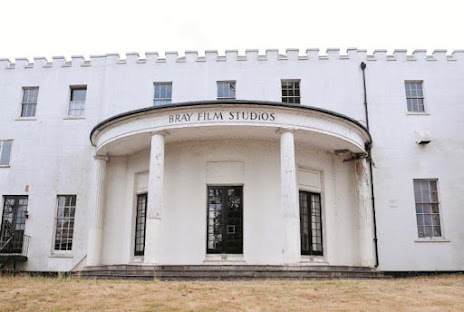 The studio was built in 1951 by Hammer Film Productions, who were developing an old country manor estate overlooking the River Thames. The studio expanded rapidly, with Columbia coming on board in 1959 to co-develop the property. The studio was divided into different areas, with the BBC doing vfx work for Doctor Who in one area. In 2014 it was announced that the studio would close and be demolished, to be replaced by flats, in the face of fierce competition from Pinewood and Shepperton. However, although some redevelopment took place, the soundstages were saved and shooting resumed there in 2019, as other UK studio facilities had been maxed out and Bray was suddenly in demand once more.

The UK and New Zealand were previously in fierce competition to host the Lord of the Rings project, with the UK presenting a convincing argument for basing shooting in Scotland. However, New Zealand won out due to better tax incentives and more impressive scenery. It was therefore a surprise when Amazon announced in August that the second season of the show would shoot in the UK instead. It was assumed that Scotland would again be the front-runner, although since the original presentation a whole host of projects have set up north of the border, including Amazon's own Good Omens (shooting at the moment) and Anansi Boys. Being based at Bray would still allow the production to shoot elsewhere in the UK, of course.

Additional shooting will also take place at Bovingdon Airfield. The former RAF base has frequently been used as a location for large-scale, outdoor shooting, appearing in projects such as The Prisoner and Bohemian Rhapsody.

Other fantasy shows are also eating up studio space in the UK: HBO's House of the Dragon has set up at the Warner Brothers Studios in Leavesden, whilst Netflix's The Witcher has taken over Arborfield Studios (not far from Bray).

Amazon's Lord of the Rings project is expected to debut on Amazon Prime Video on 2 September 2022. Production is about to begin on the second season.