Lucasfilm and Disney have confirmed the casting of the live-action version of the character Sabine Wren for their upcoming TV series, Ahsoka. The character previously appeared in animation in Star Wars: Rebels. 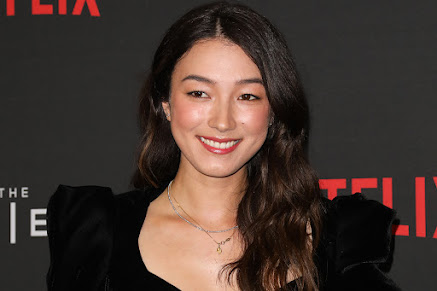 The role will be played by Australian actress Natasha Liu Bordizzo, who previously appeared in Crouching Tiger, Hidden Dragon: Sword of Destiny, Hotel Mumbai and The Society. The character was previously voiced on Rebels by Tiya Sircar (The Good Place).

The character of Sabine Wren is a Mandalorian warrior who joins forces with the crew of the Ghost has they struggle to liberate the occupied planet of Lothal. During this conflict she joins the Rebel Alliance, continuing to work with the Ghost crew. As the conflict escalates, she also finds herself involved in the struggle for Mandalore's independence from the Empire. At the end of Rebels, she joins former Jedi apprentice Ahsoka Tano in tracking down their missing friend and ally, Ezra Bridger, who had disappeared into deep space along with Grand Admiral Thrawn.

The second season of The Mandalorian introduced the live-action versions of both Ahsoka (played by Rosario Dawson) and Mandalorian loyalist Bo-Katan Kryze (Katee Sackhoff, who also voiced the character in The Clone Wars and Rebels), or may or may not also recur in the new series. Ahsoka will apparently focus on Ahsoka's search for the missing Grand Admiral Thrawn, possibly as a way of tracking down Ezra. It makes sense that Sabine would join the mission. Ahsoka has also been confirmed to see the return of Hayden Christensen as Anakin Skywalker, presumably in flashbacks.

Ahsoka is currently in pre-production and expected to start shooting in March for an early 2023 debut on Disney+.