Jon Favreau has been helping publicise the new Star Wars movie, Solo (in which he voices an alien creature), and has taken time to talk about the new live-action TV series he is helming for Disney's new streaming service. 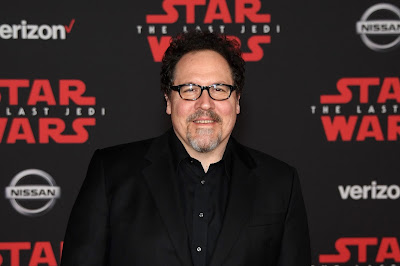 According to Favreau, the new Star Wars series will take place seven years after the events of Return of the Jedi and twenty-three years before the events of The Force Awakens. The series will draw on some of the CG technology pioneered by his movie The Jungle Book to depict truly unusual and weird aliens.

Half of the first season for the show has been written already. Disney are hoping to use the show (alongside an unspecified Marvel Cinematic Universe project) to launch their new streaming service in late 2019.
Posted by Adam Whitehead at 18:27