Two and a half years have passed since the end of the infamous five-year mission of the USS Enterprise, under Captain James T. Kirk. Kirk has been promoted to Chief of Starfleet Operations, but he's going stir-crazy behind a desk. The Enterprise has been effectively rebuilt and refitted for a new mission under Captain Decker. A state of emergency is declared when an alien "cloud" of unknown origin and staggering size is detected heading for Earth, destroying three Klingon warships and a Starfleet listening post along the way. Kirk resumes command of the untested, new Enterprise on a mission to communicate with the alien intruder and discover its purpose. 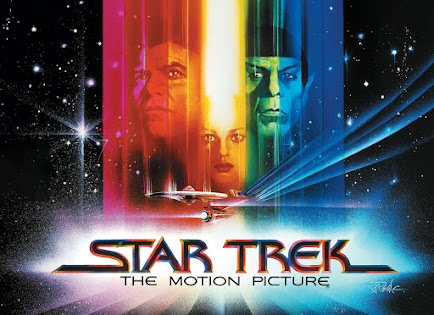 I remember commenting within your ultimate Trek Movie ranking piece that ST:TMP should be ranked a bit higher, and stated a few reason I think so. While I'm sure you still keep ST:TMP in the same overall position, this individual review seems to be a bit warmer towards it. I also appreciate the point about it being 'odd'- which is a good thing! It is a very interesting if flawed movie, and we're lucky we get both an 'odd, experimental' version of a star trek film and also 6-7 more films in the series instead of this being the nail in the star trek coffin.

Good movie? maybe not. But I love it and rewatch it almost as much as Khan.

Thanks for your work.

I was always a Trekkie as a kid, and I was 10 years old when TMP came out. I was so excited! My Mom took me to McDonald’s and I got a Star Trek Happy Meal (the Klingons had been prominent in the commercials for them). Got to the theatre, loved the opening portion where the Klingons confront V’ger, loved watching the opening scenes with Kirk, McCoy and then Spock making their respective comebacks. Then somewhere on the journey to meet V’ger (after warp drive restored), Mom said I fell asleep. The movie was to cerebral for a young fan like me. I have appreciated it far more the older I have gotten. Now Wrath of Khan…..that was right up a young man’s alley!! I wish I could see the Robert Wise cut though, sounds intriguing.

Maybe it is because I grew up with next generation as opposed to tos but weighty considerations of what it means to be human has always been what I associated with star trek. This is the reason the newest movies I consider such terrible trash. I always loved this movie really more than the second I am weird that at way a