Rebecca Ferguson has been cast as a lead in the upcoming Apple+ TV adaptation of Hugh Howey's Silo series of post-apocalyptic novels. 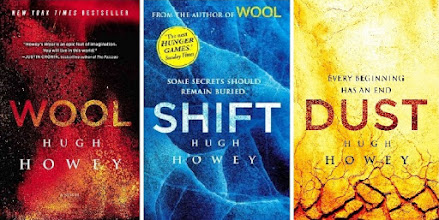 Ferguson has starred in The White Queen, The Greatest Showman, Doctor Sleep and The Snowman. She also plays the role of Lady Jessica Atreides in Denis Villeneuve's adaptation of Dune, due to hit cinemas (and maybe home streaming) in October.

Ferguson will play the role of Juliette, an engineer struggling to keep a giant silo operating. The silo is a refuge from the world outside, which has become uninhabitable.

The Silo series consists of Wool (2011-12), Shift (2012-13) and Dust (2013). The first two books were self-published as instalments via Amazon, and later assembled into cohesive novels. There are also accompanying short stories and a graphic novel adaptation. The series has been an international success, with Howey cited as an early success in the Amazon self-publishing programme.

Graham Yost, who has written for Band of Brothers, The Pacific and Sneaky Pete as well as creating Justified, will write and showrun the new series, which is expected to start filming later this year for a 2022 bow on Apple.