The Atlantic Federation has launched a massive counter-offensive against the East Europan Imperial Alliance, driving its armies back as it makes a determined push against the enemy capital of Schwartzgrad. Squad E of the Ranger Corps is part of the attack, known as Operation Northern Cross. Early successes are followed by difficult reversals, and the revelation of a second, even more dangerous Federation offensive. Squad E is pushed to the limit as the Federation seeks to end the Second Europan War before it can become a global, bloodier conflict. 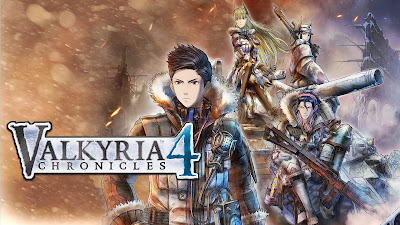 Set alongside and after the original game and before the events of Valkyria Chronicles 2 and 3, VC4 is effectively the second game in the series, as well as being the closest in tone, style, interface and controls to the original Valkyria Chronicles, so it can be played safely without any knowledge of the other games in the franchise. 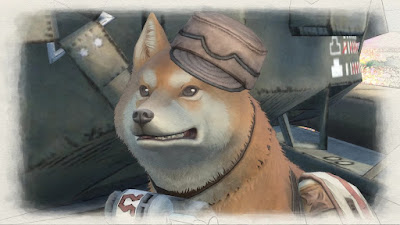 The dog is the best character in the game. Alas, he is not a controllable character.

As with the original, the game is set during the Second Europan War and sees the player control a squad of soldiers in the fight against the Empire. You have a large roster of soldiers to choose your main squad from, consisting of important story-critical characters (who can't die, but sometimes losing them mid-battle can result in an instant fail) and other recruits who can be killed permanently. In Valkyria Chronicles 4 these side-characters are much more important, with many of them having their own solo or group missions which will not trigger if any of them fall or aren't levelled up, so both preserving your troops and using a wider variety of them is encouraged.

As before your troops fall into several classes: Scouts can move huge distances but do relatively little damage, although once you upgrade them they can be formidable; Engineers can move almost as far but are less effective in battle, and are better-used for resupplying troops with ammo, repairing tanks and healing; Lancers are hardy anti-tank troops; Snipers can take out enemies at extreme range; and Tanks are, well, tanks, formidable machines with great anti-personnel and anti-armour capabilities but tend to attract the fire of every enemy on the map. To this roster this game adds an Armoured Personnel Carrier (which can pick up troops and deposit them elsewhere on the map) and the Grenadier, a formidable class which can target enemies at range with indirect fire, and can specialise in anti-personnel or anti-armour tech trees. 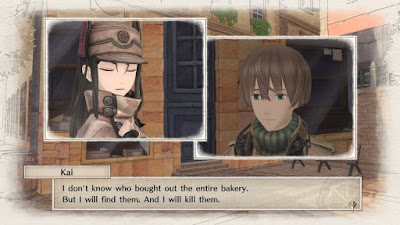 The game does continue the original's veritable obsession with quality baked goods.

On each turn you have a number of ability points. You can move each character a set distance and then either fire their weapon, throw a grenade, heal or use a special ability. Classes vary wildly in their capabilities: Snipers can't move far but make up for this with lethal range, whilst Scouts can move halfway across most maps in one go, but are less capable in combat until they've upgraded their weapons and skills. Characters can move more than once per turn, but on their second turn they have half the ability points of their first turn, then half again and so on. You can trigger reaction fire from enemies if you get too close, so you have to be wary of where you're moving troops to, what enemies they may encounter and if there is cover they can use (which dramatically reduces damage).

Valkyria Chronicles 4 improves on the first game by re-balancing the classes, so units like Shocktroopers whose low movement points made them relatively unappealing are now much more versatile, whilst upgraded Scouts can no longer win entire missions by themselves in the late game stage, which was an issue in the first title. Otherwise, Valkyria Chronicles 4 plays exactly like the first game, down to even using mostly the same music, sound effects, UI and controls. I must admit it's a bit odd playing a game released in 2019 to find it being a virtual clone of one released in 2008. Even the usual difference you'd expect - much better graphics - isn't really the case because the Valkyria Chronicles series uses a highly stylised, painting-like style for its art which means the two games do look very similar. 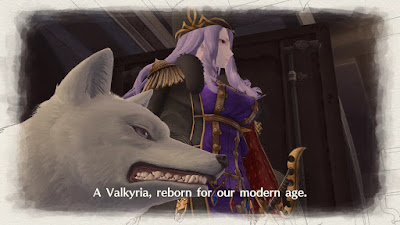 As with the original game, missions become vastly less interesting when the super-powered glowing women from beyond the dawn of time who can one-shot your entire army show up.

The game also plays the same off the battlefield. You have a headquarters where you can research new technology, unlock new characters, train up classes using experience points gained in battle and read the news about how the war is going on the larger scale. Before each mission there are also numerous, numerous cut scenes expanding on the plot and story. I'd have more time for these if they didn't use somewhat stilted and repetitive animations for the characters and you didn't have to manually hit enter after every line of dialogue. This wasn't too bad in the original game, which lasted for a breezy 35 hours with only a moderate amount of dialogue before each battle. In Valkyria Chronicles 4 the game lasts for around 60 hours and there is vastly more dialogue before each battle and sometimes after. There's also far more side-missions in VC4 (optional missions which are not part of the main storyline), more character stories and more skirmishes of differing difficulty tiers. Valkyria Chronicles 4 is a much longer game than the original, which is good in some respects, but it also massively expands the amount of tedious cut scenes you have to sit through.

It doesn't help that the writing and characterisation in Valkyria Chronicles 4 is a big step back from the original. The new characters are mostly walking archetypes with little or no actual character (lead hero Claude is an absolute blank slate with no discernible character traits other than "good leader"), or are horrendous cliches (Raz is appallingly badly-written throughout the game, and his character's eventual fate seems based on the mistaken idea that he is likeable at that moment). The secondary cast of optional recruits is a lot better fleshed-out than in the original game, which is good, but when the main cast is so bland and they're the people that 90% of the game and it's stories revolve around, it's a big problem. 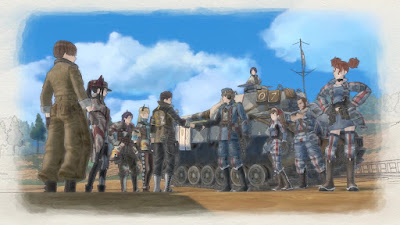 A cameo appearance by the cast of the original Valkyria Chronicles doesn't exactly help this game stand out from its shadow.

It also doesn't help that VC4 leans into the worst excesses of anime tropes, which the original definitely didn't do. Apart from some questionable uniform choices, the original game was pretty good in depicting a mixed-gender unit fighting in a decidedly grim conflict which raised questions about bigotry and xenophobia (through the uncomfortable but relatively sensitively-handled parallels between the Holocaust and the treatment of the in-game Darcsen race, a storyline that the fourth game barely even acknowledges). VC4, on the other hand, is outright sexist, treating its female characters pretty poorly throughout. Early on it appears that the game is actually trying to address sexism as a key theme of the game in a similar manner as racism was in the first title, with Raz's uncomfortably sexist harassment of Kai clearly being condemned and Raz eventually cleaning up his act. However, later side-missions and optional, fanservice-oriented DLC depicting the female characters in various stages of undress rapidly see this excuse dissipating.

If it was possible to ignore the ham-fisted writing and the cliched storytelling and just enjoy the actual gameplay, Valkyria Chronicles 4 (***) would be an easy recommend, especially to people who already enjoyed the first game. The combat missions are pretty solid, the new Grenadier class is pretty cool, the side-characters are much more interesting and the individual missions are a bit more forgiving than the first game. But as it stands, you can't, with the story, cliches and more obnoxious characters rammed down your throat at every opportunity and a good quarter of the game spent clicking through story episodes before you can actually play the missions. Combined with an absolute overload of content which makes the game seriously outstay its welcome, and a decidedly ridiculous price tag (at this time of writing), these make the game less attractive than simply firing up Valkyria Chronicles for another run-through, which is a huge shame. The game is available now via Steam on PC, and also on PlayStation 4 and X-Box One.
Posted by Adam Whitehead at 15:47