News has sadly broken of the passing of René Auberjonois, a veteran of stage, screen and voiceover work but who will be best-known for playing the role of Constable Odo on Star Trek: Deep Space Nine. He was 79 years old. 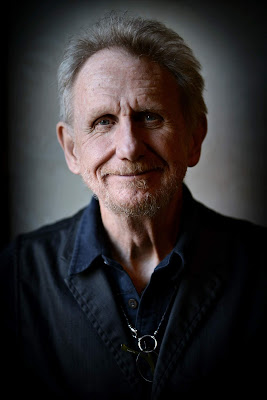 Auberjonois had distinguished parents, born to a Swiss journalist who'd been nominated for a Pulitzer Prize and a French-Italian princess. He was born in New York City but was raised for a time in Paris, returning to New York a few years later after deciding to become an actor. He first appeared on stage and made a habit of travelling between Los Angeles and New York on a regular basis, building up work in both cities. He appeared in both plays and musicals, winning a Tony Award in 1969 for his performance in Coco alongside Aubrey Hepburn. As well as performing, Auberjonois soon became a director and also a teacher at the prestigious Juilliard Drama School in New York.

He first appeared on screen in the early 1970s, most notably as Dr. Mulcahy in the original film version of M*A*S*H* and as a man who gradually turns into a bird in Robert Altman's experimental move Brewster McCloud. His first regular TV role was as Clayton Endicott III on Benson in 1980-86, coincidentally starring alongside future Star Trek alum Ethan Phillips (Neelix in Star Trek: Voyager). Auberjonois built up a substantial record as a guest star in TV shows including Starsky & Hutch, Charlie's Angels, Wonder Woman, Murder, She Wrote, The Bionic Woman and Frasier.

In 1991 he had his first brush with the Star Trek franchise when he was cast as Colonel West in Star Trek VI: The Undiscovered Country. Not long after he auditioned and got the role of Constable Odo in Star Trek: Deep Space Nine.

Auberjonois enjoyed playing Odo but initially struggled with the substantial makeup involved in the role. He took heart from his fellow performer Armin Shimerman (Quark) who also had to play under significant prosthetics. Auberjonois and Shimerman, whose characters frequently appeared together, struck up a strong working bond on the series. Occasionally it was mooted that Odo could use his shapeshifting powers to adopt a form that involved less make-up, but Auberjonois shot down the idea as he felt it would damage the integrity of the character, despite his own personal comfort. A consummate professional who won the respect of the cast, Auberjonois relished the writing and acting challenges provided by the series, noting that the writers constantly found new angles to play on the character which meant it never got old. He also directed eight episodes of the series.

In voice-over work he played the villainous Dr. Braxis on Challenge of the GoBots and Darkseid in the mid-1980s Super Friends. He also voiced Janos in the Legacy of Kain video game series and provided multiple voiceovers in Avatar: The Last Airbender, most notably as the Mechanist. He also played Mr. House, the primary antagonist of the video game Fallout: New Vegas.

Auberjonois passed away on 8 December 2019 from lung cancer. A highly talented actor with a formidable body of work, he will be missed.
Posted by Adam Whitehead at 23:51

For voiceover, you need to include his memorable role as Chef Louis from The Little Mermaid.