RUMOUR: WHEEL OF TIME Season 1 will be eight episodes, due to air in 2020

Rumours are now strongly suggesting that The Wheel of Time's first season on Amazon Prime will be eight episodes long and Amazon want to get it out of the door before the end of 2020. 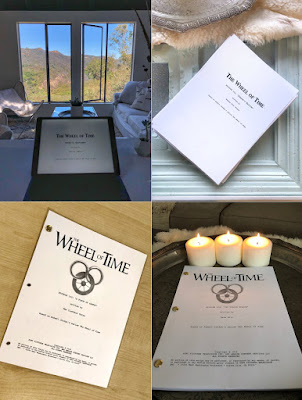 The eight episodes claim comes from agency sources who have cited their clients (the actors, stunt performers and extras) being needed for only eight episodes.

The reasons for Amazon wanting to get Wheel of Time out before the end of 2020 are clear. Amazon are also producing the first season of Lord of the Rings: The Second Age (due to start intensive production in February) for release in mid-2021. Lord of the Rings will be a bigger and higher-profile project and Amazon likely want a reasonable amount of daylight between their two fantasy productions, ideally about six months.

Previously it was assumed Wheel of Time's first season would be 10-13 episodes, with more time needed for effects work. However, the revelation that it will be only eight episodes means significantly less post-production work will be required. Wheel of Time is shooting until mid-to-late May 2020, so there'll be a good six months for post-production to be completed before airing.

For comparison, Season 1 of The Witcher wrapped on 30 May 2019 and will hit the air this coming Friday, on 20 December, so it would seem doable (although Wheel of Time is expected to have far more visual effects shots, but also likely has a higher budget and more resources to call upon to get the work done faster).

Confidence in the eight episodes report seems to be very high, but less so in the 2020 release date; the show slipping to January or February 2021 seems eminently possible. More news as we get it.
Posted by Adam Whitehead at 15:00