Disney are going into the new decade with a very big and unexpected headache regarding Star Wars. In 2012 Disney purchased Lucasfilm and all its properties (including Star Wars and Indiana Jones) and subsidiaries (including Industrial Light & Magic) from George Lucas for a cool $4 billion. They have since made some solid bank, going into profit on the deal. However, the recent performance of the Star Wars franchise has caused some frantic rethinking of how to handle the property moving forwards.

The first films released under the new regime were extremely successful: The Force Awakens (2015) grossed over $2 billion worldwide, whilst Rogue One (2016), a side-project which Disney were expecting not to top $1 billion, instead made a respectable $1.05 billion at the global box office.

The first signs of problems came with the release of The Last Jedi (2017). The film had a rapturous critical pre-release period, but the post-release response was much more mixed. The film topped out at $1.3 billion, still securing a healthy profit but the $700 million drop from The Force Awakens was a nasty surprise for Disney who'd been projecting a more modest drop and a final gross of $1.5-1.7 billion, more in line with the drop between their first two Avengers films.

Worse was to come with the second Star Wars spin-off movie, Solo (2018). A change of director and extensive reshoots on the film pushed its budget well above $300 million. Lucasfilm, who at one point were hoping to release two to three Star Wars films a year to match Marvel's performance, also refused to listen to theatre chain requests to hold the film back until a December release and insisted on a May release. The result was a box office bomb: Solo grossed $394 million worldwide when it needed well north of $800 million to just break even. The film will eventually make a profit from streaming and media sales, but it's going to take years.

Disney's response was swift. Several additional Star Wars spin-off movies were outright cancelled (such as one about Boba Fett) or moved to television (the long-gestating Obi-Wan Kenobi standalone). It was also decided to bench the franchise for three years, with the next Star Wars movie not expected until December 2022. Disney also tapped Game of Thrones showruiners David Benioff and Dan Weiss to write and direct that movie - expected to be the first in a series in a new (at least to cinema) part of the Star Wars universe (possibly related to Laeta Kalogridis' Knights of the Old Republic script) - following their success at HBO. Last Jedi director Rian Johnson was also attached to write and potentially direct a new trilogy, but after The Last Jedi's performance Johnson's new project appears to have been sidelined whilst Lucasfilm reconsidered (Johnson was also due to direct his own stand-alone movie, the successful and well-received Knives Out).

A (potentially ill-advised) $200 million payday from Netflix led Benioff and Weis (still smarting from the poor reception to the ending of Game of Thrones) to quit Star Wars in October, abruptly leaving Disney without a film for release in three years' time. This has left Disney's future plans in tatters and they are now reconsidering their options. 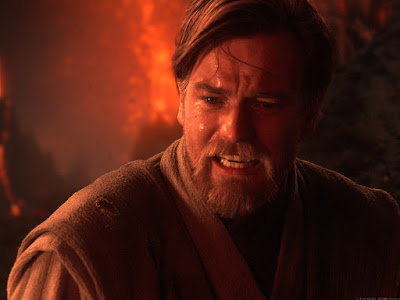 At the same time, The Rise of Skywalker has launched to a further disappointing set of financial results. Eight days into release, The Rise of Skywalker is batting far below The Force Awakens and The Last Jedi. It is doing much better than Solo (thankfully) and tracking ever so slightly higher than Rogue One. Assuming the same kind of long tail holds up, The Rise of Skywalker should take home around $1-1.1 billion at the end of its run, a comfortable profit (the break-even point for the film is estimated at $825 million). A sharp drop-off in performance could reduce that significantly, and at much below $900 million Disney will be left with some very big, awkward questions to consider going forwards.

At the moment, the only Star Wars movie officially still in development is the first in Rian Johnson's trilogy, which appears to have originally been scheduled for 2023. Whether this will remain the case or be moved up to the 2022 slot is unclear. This would be tight if Johnson indeed (as he is apparently considering) does another smaller-scale film before returning to the Galaxy Far Far Away. Disney will have to start pulling triggers soon if it does want to get a Star Wars movie on screen for 2022, and will now be asking how much money they want to invest in it.

All of that said, Star Wars does seem to be doing well in the first stage of a hard pivot towards television. The Mandalorian, the first live-action Star Wars show, has been a critical and commercial success on Disney+ and helped drive the new streaming service's boisterous launch in the United States (it arrives in Europe, including the UK, in the spring). A second season of The Mandalorian is already in production and two further Star Wars TV shows are in development, one focusing on the morally dubious Rebel intelligence agent Cassian Andor from Rogue One and the re-tooled Obi-Wan project, with Ewan McGregor already on board.

With Star Wars no longer annihilating the box office as it used to, the future for George Lucas's franchise may be on the small screen rather than the large.

Note: a modern tentpole AAA movie needs to make approximately 300% of its production budget to break even, once marketing, advertising and third-party costs are factored in.
Posted by Adam Whitehead at 15:48

Rian Johnson is the cause of some of this due to the fractured nature of the new trilogy stemming from how he failed to synchronise well with TFA, as well as not really progressing the characters in a way that either improved their chemistry, or progressed the underlying plot of the trilogy. There is a lot to like about TLJ, but numerous poorly constructed elements which have led to disputed resolution in TROS. Much of the plot of TROS could have been introduced/foreshadowed in TLJ - but none of that occurred. A critics darling is not the same as a fan's enjoyment. JJ also has some apologies to make - but the Johnson trilogy is now feared by many.

- I see what you did there!

I didn't notice this. Good catch, David!
I strongly suspect it's a typo but it's hilarious nonetheless! ��