It turns out that the "long hiatus" for Star Wars that Disney has been planning won't be that long after all: the next Star Wars movie after The Rise of Skywalker will arrive in December 2022, a relatively modest three years later. 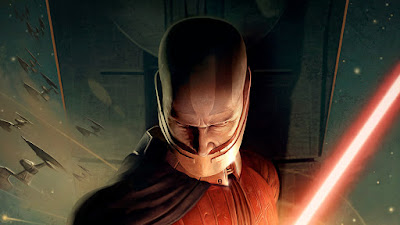 Rumours persist that one or both of the new Star Wars trilogies will be set in the time period explored by video games such as Knights of the Old Republic.

That's still a retreat from Disney and Lucasfilm's previous stance, which seemed to be heading towards getting two or more Star Wars movies into the cinema every year, similar to the Marvel Cinematic Universe's approach. However, the box office failure of Solo: A Star Wars Story appears to have spooked Disney and they have now backed off from "over-exploiting" the franchise.

That doesn't mean that the future is Star Wars-free however. There will be a Star Wars movie released every other year from 2022 for at least three movies, and they will be interspersed with four more movies in James Cameron's Avatar series. There are also multiple animated and live-action Star Wars TV series in development for the Disney+ streaming service, with the first live-action show, The Mandalorian, due for release late this year or early next.

Lucasfilm are also now actively working on a fifth Indiana Jones film, which is expected to be Harrison Ford's swansong in the role.

The current release schedule is as follows:

There is no indication what the new Star Wars movies will actually be about, however. Game of Thrones producers D.B. Weiss and David Benioff have been developing a new series of films, as has The Last Jedi director Rian Johnson. However, both series are apparently on the backburner until Weiss and Benioff complete all Game of Thrones-related responsibilities later this year, and until Johnson's next movie is released, also later this year. It is possible that the two trilogies could be released on a rotating basis (meaning there's potentially three more Star Wars movies to follow these ones, taking us up to 2032!).

Various other proposed stand-alone Star Wars movies, such as a Boba Fett film, appear to have been killed. Others, such as the proposed Obi-Wan movie, have been re-purposed as TV proposals instead.
Posted by Adam Whitehead at 00:37

I hope for Disney's sake they had a clause in their contract with David & Dan to the effect of 'this contract is null and void if and when everyone realizes you two hacks are talentless clowns when you don't have books to make expensive fanfic from'.