Joel Schumacher, director of numerous cult hit movies in the 1980s and 1990s, has sadly passed away at the age of 80. 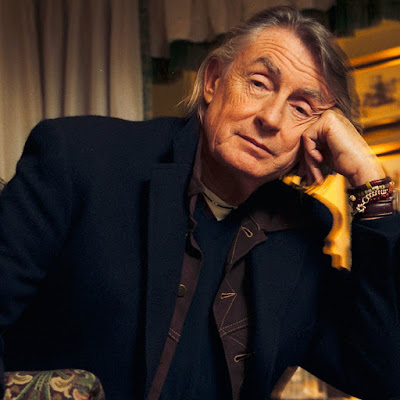 Schumacher was born in New York City and developed an early interest in fashion, where he started his career. He switched to film-making, using his fashion experience as a costumer designer on Woody Allen's Sleeper (1973). He began writing and sold his first screenplay in 1976, for the musical Sparkle. His big career breakthrough came the same year when he wrote the musical Car Wash, followed by The Wiz (1978). His directing debut was The Incredible Shrinking Woman (1981).

His first directing hit came with St. Elmo's Fire (1985), one of the so-called "Brat Pack" wave of films in the mid-1980s. He followed it up with the cult classic vampire movie The Lost Boys (1987). He achieved another cult hit with the horror film Flatliners (1990) and the existential angst movie Falling Down (1993). He also directed The Client (1994), based on the John Grisham novel of the same name.

Schumacher's most notorious directing duties came when he took over the Batman franchise from Tim Burton. Burton was developing a third film in his franchise called Batman Continues when Warner Brothers asked him to step down, citing complaints that Batman Returns (1992) had been less popular than the first film and merchandisers had complained about the lack of tie-in opportunities (reportedly the straw that broke the camel's back was McDonalds saying that Batman Returns had been inappropriate for children, so they'd made less money with their Batman-themed junk food deals). Burton selected Schumacher as his own replacement. Schumacher initially wanted to make a more serious Batman movie and toyed with adapting the comic books Batman: Year One and The Dark Knight Returns, with Michael Keaton agreeing to reprise his role. However, Warner Brothers didn't want a prequel and also wanted a lighter tone, which those heavy-going comic books did not jive which. Warner Brothers held focus group meetings which seemed to conclude that a lighter, more jovial tone was needed which leaned into the character's camp appeal. Burton, who attended some of the meetings before committing to his Ed Wood project, was apparently bemused by this conclusion but Schumacher agreed to abide by their decision.

The resulting project became Batman Forever (1995), with the mish-mash of villains, confused tone and overload of guest stars proving divisive. Keaton left during development and was replaced by Val Kilmer. Despite a mixed critical reception, the film had a strong commercial performance and Schumacher was asked to develop another film, which became Batman & Robin (1997). The film was fast-tracked for release just two years after Batman Forever, which left little time for writing; reportedly Schumacher decided not to stress about the situation too much, repeatedly telling actors that they were in a cartoon and making decisions for commercial reasons or to sell toys rather than making art. Schumacher also referenced the 1960s Batman series starring Adam West as his primary inspiration, having been denied the opportunity to tackle the more interesting graphic novels he wanted to.

Batman & Robin was substantially less well-received than its forebear and made a lot less money, so the franchise was rested for eight years before Christopher Nolan resurrected it with Batman Begins (2005). Schumacher acknowledged that the film wasn't very good and noted that it did his career no favours. However, between the Batman films Schumacher had made what some consider his best film to that point, A Time to Kill (1996), starring Samuel L. Jackson and featuring a big breakthrough performance by Matthew McConaughey.

Schumacher made several low-key movies before returning to the big time with the critically-lauded Tigerland (2000), Phone Booth (2003) and Veronica Guerin (2003). His last credit before retiring was for directing two episodes of the Netflix drama House of Cards, working alongside his old friend David Fincher.

Schumacher had an interesting career trajectory which consisted of some very high highs and some very low lows. When presented with work that excited and inspired him, he produced outstanding work: The Lost Boys, Falling Down, The Client, A Time to Kill, Tigerland, Phone Booth and Veronica Guerin are all excellent films which have aged well. However, Schumacher was also a quintessential jobbing Hollywood director, agreeing to projects even when they didn't engage him and phoning work in if he felt creatively stifled by Hollywood suits (to the extent of apologising for Batman & Robin on the film's own DVD commentary). His later career decision to never work in blockbuster Hollywood again does seem to have paid off, being able to make smaller, less vfx-driven films more focused on character.

Schumacher seems to have found it easy to strike up good rapports with actors, working multiple times with the likes of Tommy Lee Jones, Nicole Kidman, Jim Carrey, Nicholas Cage, Colin Farrell and Kiefer Sutherland, many of whom came out today with tributes to him. Capable of great work in his time and refreshingly honest about his failures, Schumacher will be missed.
Posted by Adam Whitehead at 20:28