In shocking news, it's been announced that American actor Chadwick Boseman, best-known for playing the role of Black Panther in the Marvel Cinematic Universe, has died at the age of 43. 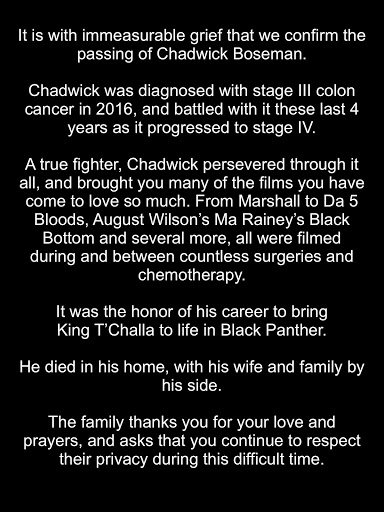 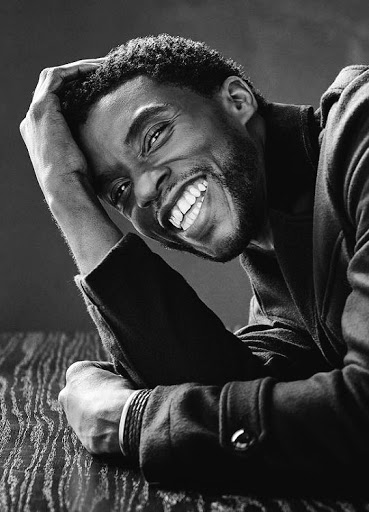 Boseman shot to international fame playing the role of T'Challa, the latest Black Panther, in the film Captain America: Civil War (2016), followed up by a starring role in Black Panther (2018). The film was an unexpected smash hit, becoming one of the highest-grossing films of the year and winning critical acclaim. Boseman reprised the role in The Avengers: Infinity War (2018) and The Avengers: Endgame (2019).

Boseman was born in South Carolina in 1976 and began acting on stage in school. He was inspired to write his first play after a classmate was killed in a shooting. He was initially more interested in writing and directing, and gained a degree in directing from Howard University in Washington, DC.

In 2003 he was cast in the soap opera All My Children but was fired after complaining to producers about racist stereotypes in the script. He appeared in TV shows such as Law & Order, ER and Persons Unknown, and films such as Gods of Egypt, Draft Day, Get On Up (playing James Brown), 21 Bridges and Da 5 Bloods.

Boseman was diagnosed with colon cancer in 2016, but kept the news private from all but his closest friends and family. He battled the disease through extensive treatment all the way through filming multiple film roles, an impressive feat of endurance and character. During this time he also made multiple promotional appearances and undertook charity work. He passed away on 28 August 2020, the redesignated Jackie Robinson Day (normally held on 15 April but moved this year due to the coronavirus pandemic), celebrating the achievements of the first African-American to play in major league baseball in the United States. Boseman had played Robinson in the film 42 (2013).

Boseman was a talented and charismatic performer. He will absolutely be missed.