The Hugo Awards are the premier awards for science fiction and fantasy literature, first given out in 1953 and every year since 1955. One of the more interesting mysteries of the award is that J.R.R. Tolkien, widely regarded as the most prominent fantasy author of the 20th Century, was never given one despite being eligible on multiple occasions. 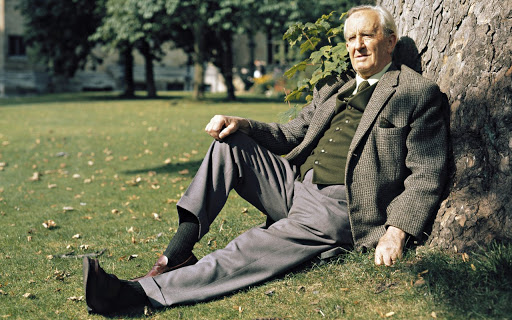 The Lord of the Rings, Tolkien's best-known work, was originally published in three volumes despite being written as a single novel: The Fellowship of the Ring and The Two Towers were published in 1954 and The Return of the King in 1955. This made the individual books eligible for the 1955 and 1956 Hugo Awards, and the novel as a whole also eligible in 1956. Similarly, The Silmarillion, published in 1977, should have been eligible in the 1978 Hugo Awards. Later Tolkien works, consisting of off-cuts from his notes and repackaged material previously published, would have been more controversial but likely could have made eligibility in other categories (particularly Unfinished Tales, effectively a short story collection, published in 1980).

The Lord of the Rings' failure to qualify is perhaps unfathomable to modern readers given its titanic impact on genre history, but more understandable when given context. When the book was originally published, it attracted strong reviews from the likes of W.H. Auden and C.S. Lewis, but opprobrium from a lot of mainstream critics. Although The Hobbit (1937) had already become a well-regarded classic of children's literature, its sequel initially was deemed too long, too weird and too unclear in its audience. There was also a modest delay between the UK and US publication, and the book was only available for more than a decade in hardcover, putting it out of the price and reach of many readers.

The Lord of the Rings also had two other things going for it: although the Hugos did not ban or omit fantasy, it was generally seen as a science fiction award first and foremost; an outright fantasy novel did not win the award for the first time until 2001, when Harry Potter and the Goblet of Fire took the top prize. Once that happened the floodgates opened and more followed (American Gods, Paladin of Souls, Jonathan Strange and Mr. Norrell, The Graveyard Book and all three volumes of The Broken Earth trilogy), but for much of its history, the award has not regarded fantasy in a good light. Secondly, Tolkien was British, and the Hugos were seen as a predominantly American award. To win a Hugo Award, British authors had to have their work published by prominent US genre publishers or become so dominant in the field that they couldn't really be ignored (as with Arthur C. Clarke). This cross-Atlantic ignorance also went both ways, with the Hugos having almost zero profile in the UK. The first Brian Aldiss knew that he'd won the 1962 Hugo Award for Best Short Story (for his Hothouse collection of interlinked stories) was when the award showed up at his house in the post. The first issue probably penalised Tolkien, although the latter did not, as his books were distributed by a reasonably big US publisher within a year of their UK release.

Although certainly not obscure on release, it was not immediately regarded as a classic and the American WorldCon attendees (the two ceremonies were held in Cleveland, Ohio and New York City, respectively) seem to have pretty much ignored it. The 1955 Best Hugo was instead given to Mark Clifton and Frank Riley's They'd Rather Be Right (later regarded by some as the "worst book ever to win the Hugo Award") and the 1956 award to Robert A. Heinlein's Double Star.

The Lord of the Rings retained a somewhat low profile until 1965, when Ace Books used a copyright loophole to issue an unauthorised American paperback edition of the book in its original three volumes. A legal kerfuffle and fan backlash followed which eventually led to the issuing of an authorised paperback edition and Ace Books agreeing to pay royalties on their pirated version of the book. The "war over Middle-earth" made national headlines and catapulted the book to superstardom, as it was then picked up by young British and American readers and became part (not entirely to Tolkien's approval) of the 1960s counter-culture movement.

In 1966, the Hugo Awards introduced a one-off "Best All-Time Series" category. It was widely assumed by many (but most notably Isaac Asimov) that the award was introduced solely to reward The Lord of the Rings and to make up for the book's initial publication being overlooked. Surprisingly, the award went instead to Asimov's Foundation Trilogy, as it then was. Although few could argue with anything remotely approaching a straight face that Asimov's work was of greater literary merit, it was inarguably Science Fiction with a capital S and a capital F, and Tolkien's fantasy was once again left out in the cold.

With J.R.R. Tolkien dying in 1973, it would appear that his chances of winning a Hugo would have been reduced to zero. However, his life's work and what he regarded as his magnum opus, The Silmarillion, remained unpublished. Working to his directions, his son and literary executor Christopher Tolkien, assisted by future fantasy author (and likewise inexplicably non-winning, and even more inexplicably, non-shortlisted) Guy Gavriel Kay, organised The Silmarillion into a publishable form and the book was released in 1977. Although "difficult" and unusual in structure, The Silmarillion received critical praise and modest commercial success, and would seem to have been a shoe-in for the 1978 Hugo Award.

Instead, it didn't even make the shortlist: Frederick Pohl's Gateway won the award and was joined by nominees Marion Zimmer Bradley (The Forbidden Tower), Larry Niven and Jerry Pournelle (Lucifer's Hammer), Gordon R. Dickson (Time Storm) and some obscure guy called George R.R. Martin (for his debut novel, Dying of the Light).

It seems that at this point interest in getting Tolkien a Hugo Award evaporated: Unfinished Tales and its constituent stories were not nominated in 1981, and none of the twelve volumes of The History of Middle-earth was nominated for Best Related Work. The Children of Hurin (2008), Beren and Luthien (2017) and The Fall of Gondolin (2018) would have been of questionable eligibility, since they were repackaged material that had been previously published many years earlier. However, a case could have been made for them and for the latter two making the entire Middle-earth legendarium eligible for the Hugo Award for Best Series, but it seems no attempt was made.

Tolkien himself was probably vaguely aware of the Hugo Awards. He was a fan of Isaac Asimov's fiction in the 1950s and 1960s, and during the tussle with Ace Books, he had been in communication with the SFWA (Science Fiction Writers of America) over the matter. He also had built up an extensive body of correspondence with American fans of his work. It is, however, unlikely that he spent a huge amount of time worrying about not winning awards. The immense fan recognition of his work and the resulting "grosser forms of literary success" as he put it (i.e. lots of money) was reward in itself.

Still, although Tolkien himself never won a Hugo, adaptations of his work finally did. Peter Jackson's The Lord of the Rings: The Fellowship of the Ring won the last-ever Hugo Award for Best Dramatic Presentation in 2002, and The Two Towers and The Return of the King won the first Hugo Awards for Best Dramatic Presentation (Long Form) in 2003 and 2004 respectively. And the list of "influential writers who never won a Hugo Award" is distinguished company, also consisting of Gene Wolfe, Terry Pratchett and Iain Banks (among many others).
Posted by Adam Whitehead at 13:59

LOTR never won a Hugo, but it did won the (final) International Fantasy Award. The short lived IFA has a somewhat better track record than the Hugo. The award was given six times. Three of the awardees were LOTR, Simak's City and Sturgeon's More Than Human.