British actor Malcolm Dixon, a stalwart of genre television and film, has sadly passed away at the age of 66. 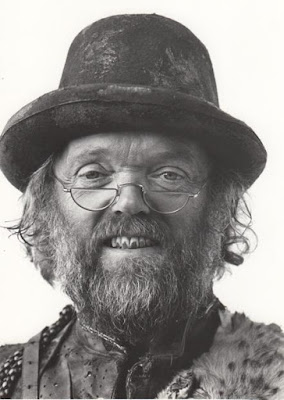 Dixon was born in Durham in 1953. He was born with dwarfism, a condition that did not hold him back from a physical job on his parents' poultry farm. He was spotted by talent scouts impressed by his abilities at Durham Ice Rink and recruited to perform in ice shows, from where he was recruited by the Jim Henson Creature Shop. In 1971 he appeared in Willy Wonka and the Chocolate Factory, marking the beginning of his film career.

His subsequent film roles include Flash Gordon, Time Bandits, The Dark Crystal, Return of the Jedi (as an Ewok), Labyrinth and Willow. His theatre roles included a three-year stint playing Bilbo Baggins in a stage performance of The Hobbit.

In addition to his scripted roles, he also performed in music videos for artists including David Bowie

He stopped performing in the late 1990s to focus on his family. He passed away yesterday and is survived by his wife and two children.

Dixon was a familiar face to any fan of genre film, particularly through the 1970s and 1980s. He will be missed.
Posted by Adam Whitehead at 15:28

As a relative of malcolm I can confirm that he was 86 at his death not 66.