News has sadly broken that British actor Ian Holm has passed away at the age of 88. 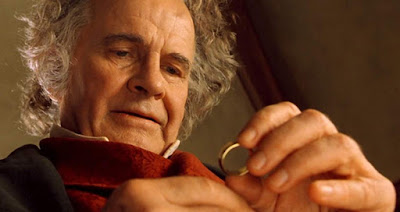 Born in Goodmayes, Romford in the outskirts of London in 1931, Holm became interested in acting at school. He joined the Royal Academy of Dramatic Art (RADA) in 1949, although his studies were interrupted by National Service and a trip to the United States. He graduated from RADA in 1953 and joined the Royal Shakespeare Company upon its founding in 1960.

He made his screen debut in 1957 and became a regular, recurring face on British television. He attracted widespread notice for the first time in the 1965 BBC serialisation of The Wars of the Roses, in which he played King Richard III, and the 1969 film Oh! What a Lovely War, in which he played President Poincare. He continued to act on stage until 1976, when he suffered a massive bout of stage fright during a performance. Filled with anxiety by the event, he did not act again on stage for more than a decade.

Holm switched to acting exclusively on screen, starring as Napoleon in Napoleon and Love (1974), Wedderburn in The Lives of Benjamin Franklin (1974-75), Zerah in Jesus of Nazareth (1977) and Heinrich Himmler in Holocaust (1978).

In 1979 Holm appeared in his breakout role, that of the treacherous android Ash in Ridley Scott's Alien. This led to him being offered more prestigious roles, and in 1981 he played two of the more influential roles in his career. The first was as Sam Mussabini in Chariots of Fire, for which he was nominated an Oscar and won a BAFTA. The second was as Frodo Baggins, the principle protagonist of a very lengthy BBC Radio adaptation of J.R.R. Tolkien's The Lord of the Rings.

Holm returned to Middle-earth in 2001, when he starred as Bilbo Baggins in The Lord of the Rings: The Fellowship of the Ring. Peter Jackson had been a major fan of the BBC Radio adaptation in which Holm had played the younger Frodo and specifically asked him to take on the role. The film was notable as it was the first time that Holm acted on screen with fellow Shakespearean actor Ian McKellen, whom he'd known socially through the scene for decades. McKellen was impressed by Holm's process, which involved carefully selecting a different emotional register for each take to give the director more options to choose from in the editing room, something McKellen had never considered before. Holm returned to the role in The Lord of the Rings: The Return of the King (2003), The Hobbit: An Unexpected Journey (2012) and The Hobbit: The Battle of the Five Armies (2014), appearing in a framing device in the latter two movies whilst Bilbo's younger incarnation was played by Martin Freeman.

His success in the Lord of the Rings trilogy saw a late-career renaissance, and he appeared in films including The Day After Tomorrow (2004), Garden State (2004), The Aviator (2004) and Lord of War (2005). Facing health issues - he successfully fought off prostate cancer in 2001 and used a wheelchair during his last few years - he switched to voice roles, narrating the TV documentary series Horizon from 2005 to 2008 and playing Skinner in the Pixar movie Ratatouille (2007), as well as providing the narration for the TV documentary series 1066 (2009). However, professional courtesy saw him return to the role of Bilbo Baggins for the Hobbit trilogy.

Perhaps fittingly, Holm's last acting credit saw him return to the job that made him famous, by reprising the role of Ash for the video game Alien: Isolation in 2014.

Ian Holm was a mainstay of British television, theatre and film for half a century. Rarely the star, he was a reliable and committed performer who excelled as the hero, the sidekick, the mentor or the villain. He is survived by his fourth wife, five children and a grandson. He will very much be missed.
Posted by Adam Whitehead at 13:09

Email ThisBlogThis!Share to TwitterShare to FacebookShare to Pinterest
Labels: alien, alien: isolation, ian holm, memorials, the lord of the rings