Veteran British actress Honor Blackman has sadly passed away at the age of 94, of natural causes. 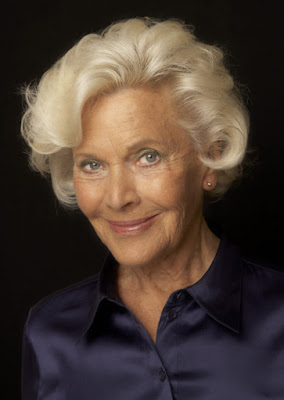 Blackman began her film career in 1947 as an extra in the film Fame is the Spur. She went on to appear in many films through the 1950s and 1960s, including the Titanic-based disaster movie A Night to Remember (1958) and as Hera in the Ray Harryhausen movie Jason and the Argonauts (1963).

In 1962 she was cast in the television series The Avengers, alongside Patrick Macnee. She played the role of Dr. Cathy Gale for two years, leaving when she got her role on the James Bond franchise (something referred to in the TV series, when the other characters refer to her visiting Fort Knox).

She played arguably her most famous role in 1964, when she starred as Bond girl Pussy Galore in Goldfinger, alongside Sean Connery (with whom she re-teamed in 1968 for the Western Shalako).

Her other roles include episodes of Columbo and Doctor Who, as well as Midsomer Murders and a late-career regular role on The Upper Hand. She also starred in Bridget Jones's Diary in 2001. She never formally retired from acting, and kept her hand in with a role on British soap opera Casualty in 2013.

A staunch republican, she declined a CBE in 2002. She alternated between living in the UK and in Maine, and is survived by two children. She married twice but spent most of the latter half of her life single, noting she enjoyed the independence it gave her.

A strong actress noted for her powerful and iconic roles in the 1960s, Honor Blackman will be missed.
Posted by Adam Whitehead at 15:55