Thanksgiving, 1991. Two years have passed since the reformed Ghostbusters defeated Vigo the Carpathian. Now licensed contractors under the authority of the city of New York's environmental agency, the Ghostbusters are continuing their job of defeating supernatural dangers to the city. When their propensity for collateral damage resurfaces, they are put under the watchful eye of their old enemy, Walter Peck, at the same time a major new threat to the city arises. 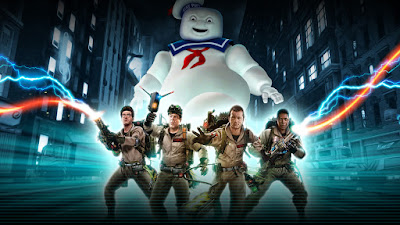 The Ghostbusters franchise always feels like it's been a little under-exposed given the promise of the premise. Two live-action movies in the 1980s have been backed up by comics, but a lot of the more intelligent exploration of the franchise fell on the Real Ghostbusters animated series. One area that has definitely been unexplored is the potential for video games in this setting.

Released in 2009 and remastered and re-released in 2019, Ghostbusters: The Video Game tries to redress this. Set two years after Ghostbusters II and featuring almost the entire movie cast returning on vocal duties (yes, even the reluctant Bill Murray, albeit clearly phoning it in), with Harold Ramis and Dan Aykroyd on writing duties, this game is as close to a Ghostbusters III that is ever likely to exist.

This is a shame, then, because the game is not really great. It's not terrible and it's certainly always playable, but it feels like a pale shadow of what it should have been. The first problem is that the game feels cheap, even for a 2009 game designed for the X-Box 360 and PlayStation 3. The graphics are stodgy and the character designs and animation are stiff and unconvincing. The remastered version doesn't really help, adding more definition but not actually redesigning the character models so they still look pretty basic. 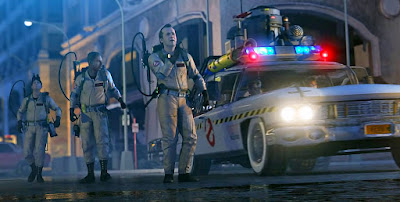 This doesn't matter too much as 90% of the game is spent exploring levels and in combat with ghosts and not looking at people's faces. These parts of the game are acceptable, although again a little basic. There is one route through each level and not much variety in approaches (apart from a couple of more arena-ish areas, usually reserved for boss battles). The combat itself is quite good, matching the setup of the film where you have to first weaken ghosts with the proton pack before sucking them into a trap. Tougher ghosts require new tactics or equipment to deal with them, with Egon doling out new weapons as the game progresses. You can also upgrade equipment using a skill tree system, but this is a fairly basic system and it's easy to max out the tree long before the game ends.

The game is also let down by the writing: the script feels weirdly off-kilter, probably a result of Aykroyd and Ramis writing it as a movie script and not as a video game script. The pacing is all over the place and there's long gaps between exposition where it's unclear what's going on until a character finally brings the player up to speed. It doesn't help that your protagonist - a rookie who's just joined the team - is silent and never gets involved in the story itself.

Ghostbusters: The Video Game (***) whiles away five or six hours well enough and is certainly not unplayable, but it's also lacking in dynamic action or laughs. Acceptable combat, adequate level design and one or two good set-pieces (like an early-game confrontation with Mr. Stay Puft) are let down by indifferent writing and disappointing graphics (even for the time it was released). One for Ghostbusters completionists only.
Posted by Adam Whitehead at 14:53