Wizards of the Coast and their parent company Hasbro have established a new video games studio, Archetype Entertainment. The have gone all in on recruiting former BioWare stalwarts to work at the studio, which will focus on single-player computer roleplaying games. 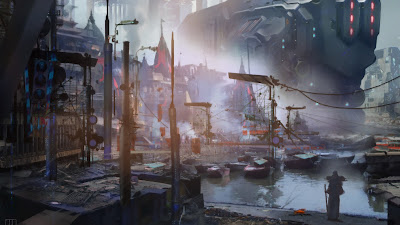 In the initial setup phase they recruited James Ohlen, the creative director and lead designer on Baldur's Gate, Neverwinter Nights, Dragon Age: Origins and Star Wars: Knights of the Old Republic, along with Chad Robertson, the former BioWare Austin studio director (where he worked on The Old Republic and Anthem) and technology engineer at Mythic Entertainment.

The latest recruit is the highest-profile: Drew Karpyshyn is one of the best-known writers in the video game business, having worked on Baldur's Gate II and its expansion, Neverwinter Nights and its expansions, Knights of the Old Republic, Jade Empire, Mass Effect and Mass Effect 2. Controversially, despite taking the narrative lead on the first two games in the trilogy, Karpyshyn was pulled from working on Mass Effect 3 to work on online game The Old Republic instead, something some fans have criticised given the badly-regarded direction Mass Effect 3 took at the end. Karpyshyn also worked on Anthem, but left BioWare during the process, citing a dislike of how corporate the company had become and its shifting focus away from single-player, character-focused RPGs to open-world and multiplayer designs, which he felt did not fit BioWare's history or focus.

The team at Archetype are, surprisingly, not working on any of Hasbro/WotC's existing IPs like Transformers, Dungeons & Dragons or Magic: The Gathering. Instead, they are developing an all-new science fiction CRPG with a focus on choices and consequences.
Posted by Adam Whitehead at 14:45

Is there going to be a "Disco Elysium" review on the Wertzone, perchance?

When I get around to playing it, which at my current rate should be in a couple of years.