Sam Raimi is in talks with Disney about joining the Marvel Cinematic Universe. Specifically, Raimi is being lined up to take over Doctor Strange in the Multiverse of Madness, which is due to start shooting in May. Scott Derrickson, who directed the first film and was lined up to helm the sequel, recently dropped out, citing creative conflicts with Marvel. 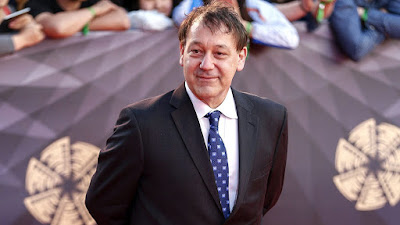 Raimi, of course, directed all three of the Spider-Man films starring Tobey Maguire, which helped consolidate the modern superhero movie phenomenon and paved the way for the MCU. Raimi joining the MCU directly has been mooted before, but the general feeling was always that Raimi was too independent and too protective of his own vision for a project to ever work in such a collaborative environment; Raimi left the WarCraft movie project (eventually directed by Duncan Jones) after realising how much creative control he'd have to cede to other people, for example. These reports suggest that this issue may have been overcome.

Doctor Strange in the Multiverse of Madness will see Doctor Strange (Benedict Cumberbatch) join forces with Scarlet Witch (Elizabeth Olsen) to tackle a new threat to the Marvel universe. It is currently scheduled for release on 7 May 2021.
Posted by Adam Whitehead at 00:21