Larian Studios have lifted the lid on Baldur's Gate III, their sequel to the venerable RPG series by BioWare. 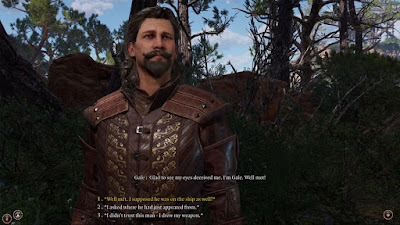 Baldur's Gate (1998) and Baldur's Gate II: Shadows of Amn (2000) are two of the most highly-regarded CRPG video games of all time. Set in the Dungeons and Dragons world of the Forgotten Realms, they told the epic story of a young hero (you, with you choosing your character's race, profession and gender) who discovers they have a hidden past and a terrible destiny awaiting them, unless they can overcome it. The two games and assorted expansions and spin-offs (such as the console-focused Dark Alliance action series) sold very well and are held in high critical regard to this day. Beamdog Studios recently released remastered versions of the two games, complete with their add-ons, and even created a new interquel linking the two games, Baldur's Gate: Siege of Dragonspear (2016). 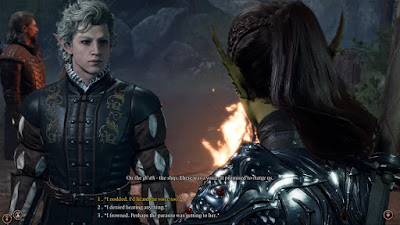 Larian Studio's official sequel has almost nothing to do with the original games in terms of plot or immediate consequences, being set some 120 years later. Instead, it shares a location, the great city of Baldur's Gate near the Sword Coast of Faerun. A new threat has risen, in the form of mind flayers, and a new band of heroes must join forces to disrupt the threat. Along the way they get involved in a huge number of side-missions and objectives. 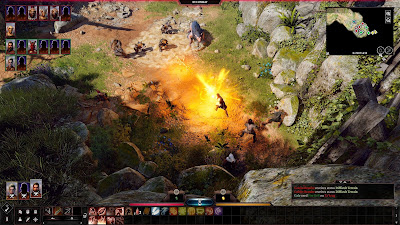 Borrowing heavily from Larian's previous, original CRPGs, Divinity: Original Sin and Divinity: Original Sin II, Baldur's Gate III retains the top-down, isometric view of the original games but is now in full 3D and with a fully operational physics engine (allowing you to use your environment to destroy enemies or even just pushing opponents off ledges). As with the prior games, you can choose your character's race, gender and appearance but are also accompanied by a large number of companion characters, three of whom can join you at any one time (everyone else "waits at camp" as is traditional). The game will be notable as the first video game to implement the 5th Edition of the Dungeons and Dragons rules set, which considering those rules are almost five years old is quite surprising. 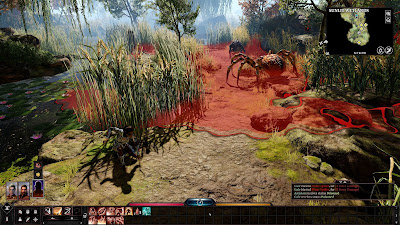 The biggest change from the original games, apart from the vastly superior graphics of course, is that the game now features turn-based combat rather than in real-time (but with the ability to pause the game and issue new orders). Exploration and dialogue takes place in real-time with dialogue choices to be made, but when combat begins the game switches to an XCOM-esque interface with players and enemies taking turns. It is also possible to manually initiate turn-based mode for using stealth to sneak past enemies without engaging in combat at all.

The changes to combat will likely prove controversial - although turn-based combat has seen a surge in popularity recently, it's still seen as less commercially successful than real-time - but otherwise Larian seem to be on the right track here with a game that honours the spirit of the originals whilst also doing some new and interesting things.

At the moment, Baldur's Gate III is planned for release on PC and Google Stadia before the end of 2020, with an Early Access testing period beginning in the summer. Console versions have not been announced, but I would put strong money on them following later (as with Larian's previous games).
Posted by Adam Whitehead at 21:49

While it might be shaping up to be a fine game I can't say I agree with that it honours the spirit of the original games.

Nothing beyond the logo says BG to me. Not the music, aesthetics, tone of dialogue or combat system. Nothing.