Word has arrived today that Scottish science fiction and fantasy author John Grant has sadly passed away at the age of 70. 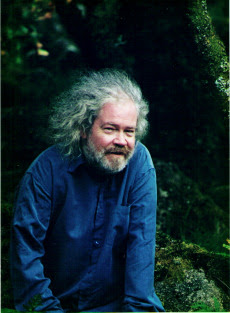 John Grant was a pen name for Paul Barnett, under which name he only published a short SF duology in the 1990s. As Grant he became one of the best-known critics in the SFF field, particularly through his work on the second and third editions of The Encyclopedia of Science Fiction (1993, 2011-present) and The Encyclopedia of Fantasy (1996), on the latter of which he was credited as co-editor alongside John Clute and won a Hugo Award. He was also an influential columnist in SFX Magazine for many years.

In fiction, Grant was arguably best-known for his unsettling fantasy duology of Albion (1991) and The World (1992), which mixes a standard secondary world fantasy narrative with contemporary SF elements and existentialism. Earthdoom (1987), with occasional collaborator Dave Langford, was an everything-and-the-kitchen-sink disaster spoof which sees Earth threatened by the simultaneous arrivals of an antimatter asteroid, an alien invasion fleet, a rampaging Loch Ness Monster and an army of time-travelling clones of Adolf Hitler. The Dragons of Manhattan (2008) and Leaving Fortusa (2008) were concerned with climate change and the rise of conspiracy theorists, something Grant had earlier tackled in his first non-fiction book, a conspiracy theorist-decrying work called Sex Secrets of Ancient Atlantis (1985).

His other work includes the Legends of Lone Wolf and Strider Chronicles series and a Judge Dredd tie-in novel called The Hundredfold Problem, set on a Dyson Sphere. As well as penning works of and about science fiction and fantasy, Grant was also hugely knowledgeable about the field of film animation and has written extensively about Walt Disney and its characters.

A noted expert on the field of SFF and a skilled writer, his contributions to the genre were numerous and he will be missed.
Posted by Adam Whitehead at 23:33