ViacomCBS - the newly-assimilated parent company of CBS - has confirmed that Star Trek: Picard has been a major hit for their streaming service, CBS All Access. 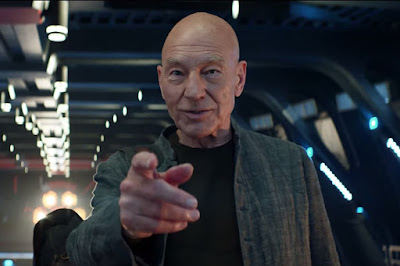 Building on the success of Star Trek: Discovery, which drove several million sign-ups to the service when it launched in 2017, Picard increased the sign-up rate even further.

CBS also confirmed it is continuing to develop the two new Star Trek series it has in pre-production - Section 31 and Lower Decks - and is developing two further projects. It is believed these projects include another animated series aimed at a more adult audience as well as a potential live-action TV series centred on Anson Mount's popular version of Captain Pike.

ViacomCBS is also developing a new Star Trek movie via its subsidiary Paramount Pictures. This film is believed to be the project headed by Noah Hawley and may involve an all-new cast of characters.

Star Trek: Picard runs until 27 March on CBS All Access in the United States and Amazon Prime in most overseas territories. Season 3 of Star Trek: Discovery, with a major format shift propelling it into the far future, is expected to start airing in the summer. Section 31 and a second season of Picard are expected to start shooting in the coming weeks.
Posted by Adam Whitehead at 13:56