After months of speculation, Lucasfilm have announced their new multimedia Star Wars project, The High Republic. Set in a period of time concluding some 200 years before the events of The Phantom Menace, this project is set in the "Golden Age" of the Old Republic and the Jedi Order, which is once again threatened by an unknown enemy. 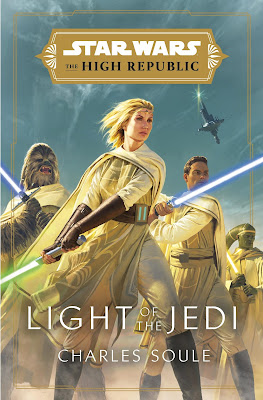 This period is meant to emphasis exploration and feature a somewhat more frontier feel, with stories beginning on Coruscant but extending into the Outer Rim, at this point a relatively new area of space to explore and settle.

The project will incorporate a series of novels and comic books beginning later in 2020. According to rumour, the 2022 movie that was in development with Dan Weiss and David Benioff was also supposed to take place in this period, but following their departure and a mixed reception to The Rise of Skywalker, Lucasfilm has put all the films on hold. Whether the project will remounted with a new director, delayed, abandoned altogether or moved to television remains unclear at present.

Fan reaction to the news seems somewhat mixed, with more than a few asking the obvious question of why Lucasfilm are not rebooting the classic Old Republic setting of many previous video games and comics, since the descriptions of the setting and what they want to do with it are almost identical.
Posted by Adam Whitehead at 11:55

Well one reason not to reboot the Old Republic era games is that they currently exist as a successful property of their own. This strikes me as a good way for Disney to keep making as much money as possible off of those properties, while introducing something new that has most of the advantages of the setting.