2040. Five years ago, the XCOM resistance movement successfully defeated the alien Ethereals and liberated Earth from their control. However, the destruction of the Ethereals not only freed humanity, but also the dozen or so alien races under their control, who found themselves marooned on a strange world and having to coexist with their former enemies. This coexistence is controversial, but several cities have prospered with mixed human and alien populations. One such place is City 31, but when three criminal factions try to overthrow the new order, XCOM is called upon to deploy a police force to the city to help salvage the situation. 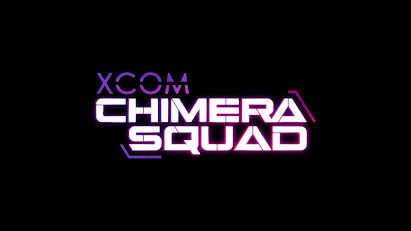 Chimera Squad is the latest game in the XCOM series, rebooted by Firaxis in 2012 to great success. Unlike its two predecessors - to which it is more of a spinoff than a direct sequel - Chimera Squad eschews a global perspective for the more focused setting of a single city. You're also not in command of XCOM any more, instead taking control of the Reclamation Agency of City 31. Reclamation is a subdivision of XCOM which deals with police operations in the aftermath of the War for Liberation (as depicted in XCOM 2 and War of the Chosen). Unfortunately, Reclamation is low in the priority list and doesn't have access to the high-end technology developed towards the end of that war, explaining why you start the game (once again) with machine guns and shotguns rather than plasma rifles and alloy cannons.

The game proceeds much as its forebears: you have a strategic map, this time of just the city rather than the planet, where you choose which operations to undertake. You can also research new equipment, purchase new stocks, train your soldiers or send them on secondary missions which generate more resources, such as money, intel or Elerium. You have to keep the city's panic level low, which can be achieved by completing missions and establishing police forces in each district and levelling them up. 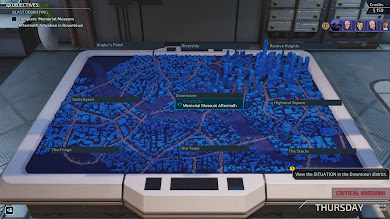 Whilst the strategic side has less options than in previous games - there's no way of interrogating enemy soldiers, for example, and no fellow resistance forces to coordinate with - it still provides a pleasing degree of choice, with dire consequences possible if you make the wrong decision.

More controversial is the decision to limit your soldier roster. You choose four starting characters and as the campaign continues more troops trickle in from other XCOM assignments at your request. You can have up to eight agents on the team, four of whom can be deployed on a mission at a time (unlike prior games, there's no way of increasing the limit to six soldiers). The others can cool their heels at base or go on secondary missions, help speed up research or train to unlock new skills (or remove permanent injuries sustained in battle). The big difference is that these soldiers are all recruited from a set pool of eleven. You can't hire random new recruits any more. On the plus side this means all the soldiers get full voice acting with nice lines of dialogue resulting from which characters they are paired with. On the downside it means the attachment you get from shepherding characters through several missions in a row and growing their skills from scratch is lost, and you also don't have the customisation options any more to give them crazy haircuts or names. They are also irreplaceable: if they die, they die and it's game over rather than having to soldier on (particularly odd as there's more characters to recruit than there are slots on the team, so they could easily have had an option to slot in up to three replacements before saying it's game over). 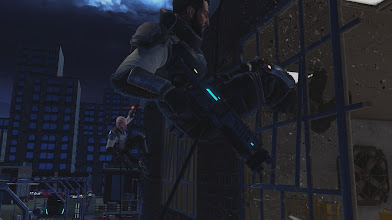 Removing player choice from the game for relatively limited rewards - your soldiers' "banter" is decidedly non-revelatory and a bit hackneyed - is an odd experiment, but it does make the game more distinctive. Another questionable choice is limiting the roles available. Most of the XCOM 2 classes are represented (Terminal is a Specialist, Verge is a Psi Operative) but several are missing. Grenadiers not being around kind of makes sense - you don't want rockets blasting around an urban area with civilians present - but not having any Sharpshooters feels strange (police snipers are a thing), especially as one of your characters, Blueblood, is effectively a Sharpshooter locked into the pistol specialisation tree. Again, it feels like this franchise which celebrates player agency and choice has taken such choice away from the player and limited things. 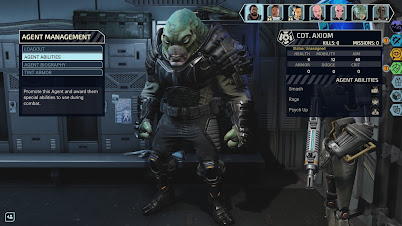 This extends to the missions themselves, which are now played out in combat encounters rather than continuous maps. Each mission has between one and three encounters, and moving between encounters is accomplished by a "breach" sequence where you access the next encounter by smashing through windows, rappelling through skylights, booting down doors or occasionally just walking onto the battlefield. The audio barks don't change to the situation though, resulting in the occasionally non sequitur sight of one of your squadmembers screaming "BREACH! BREACH! BREACH!" before taking two steps forward and ducking behind a car. This does feel more limited than the continuous maps of the previous games and can get quite annoying, as previous encounter zones are inaccessible, sometimes resulting in your characters being bottlenecked at the entrance to the next zone and not being able to fall back to the previous room and take better cover, as the previous map is now greyed out and simply can't be accessed. 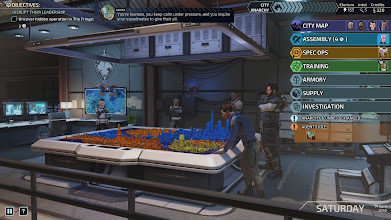 Once you get over these differences to the standard XCOM experience, much fun is to be had. The new mechanics, although sometimes irritating, do mean you spend most of your playtime making actual combat choices rather than slowly inching forwards into the fog of war in continuous overwatch. The breaches have a lot of options for when and how you enter the next encounter (like deciding to blast a hole through the wall with shaped charges to take the enemy by surprise or charging through a door into an enemy crossfire but which puts you closer to the toughest opponents). The result is much shorter, more focused combat experiences.

A big change to combat is that rather than having team turns - so all the XCOM agents go and then all the aliens go - the game instead uses interleaved turns, so one agent goes, then one enemy, then one ally and so on. This makes for a change in tactics as you start focusing on the enemy who is about to go next and can use abilities which adjust the timeline (moving characters around in it to your advantage and the enemy's detriment). This has a lot of good points, such as meaning that the enemy can't gang up all their fire on one exposed agent and kill him or her and there's nothing you can do about it, but again it does loose the ability to pick which agent is going next and having finer control over their actions. Broadly speaking, I thought this change was interesting for making combat a more varied experience, but there was no strong argument for it being better or worse than the alternative, just different. 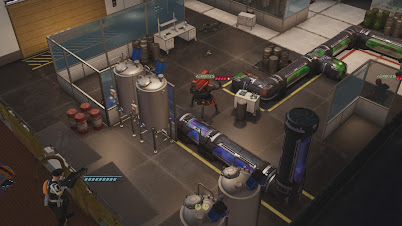 Chimera Squad is probably not the way forwards for the franchise permanently, but it does offer a lot of variations on the standard XCOM formula which make it fun to play. It's short and focused - a single playthrough will last around 20 hours rather than the ~50 hours of an XCOM 2: War of the Chosen campaign - and the smaller scale works surprisingly well. The removal of choice from the player in favour of set characters, a preset squad roster and focused, short combat sequences is interesting, but I think would go down badly in a full XCOM 3, so hopefully if XCOM 3 is in development (and based on the cliffhanger endings to both XCOM 2 and Chimera Squad, that seems likely) they take on board the ideas that work (the breach mechanics to start a mission, but may not mid-mission, and maybe the interleaved turns as an option) and leave out the ones that do not.

Chimera Squad (****) is a tight, experimental and fun variation on the XCOM formula with some ideas that work well and others that are less successful, but fun in this spin-off context. It is available on PC only now.