Sir Sean Connery has passed away at the age of 90. 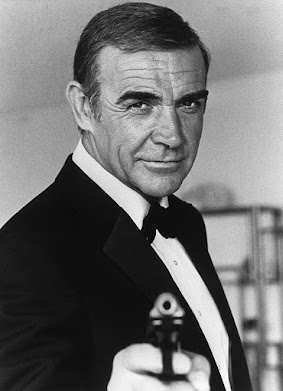 Scotland's most famous actor, Connery was born in Edinburgh in 1930. As a young man he worked as a milkman, a lifeguard and a coffin polisher. He served in the Royal Navy and, after being discharged due to medical complaint, started working as a model and a bodybuilder. A keen footballer, he was offered a contract with Manchester United but declined because, at 23, he felt he was too old to make a long-term career in the game viable.

Connery decided to become an actor after helping work backstage at a theatre. Early success came in the 1953-54 UK run of the musical South Pacific and getting work as an extra in the 1954 movie Lilacs in the Spring. During this period he met and became close friends with Michael Caine and Robert Henderson, the latter of whom encouraged him to take a more scholarly and academic interest in acting to complement his raw but untrained talent. He secured additional theatre and film acting roles, and with his easy charm and charisma built up a network of contacts among actors, agents and TV presenters.

His big breakthrough was a lead role in the BBC TV production of Requiem for a Heavyweight in 1957 and in the film Another Time, Another Place (1958). Infamously, during production of the latter, he was accused of having an affair with the lead actress, Lana Turner, by her criminal boyfriend and was threatened by him with a gun. Connery disarmed and knocked him out, cementing his reputation (already gained by dealings with Scottish criminals at home) as a genuine "tough guy." Additional success came in film (particularly the Disney picture Darby O'Gill and the Little People) and on TV, particularly a BBC production of Anna Karenina in 1961.

Connery auditioned for the role of James Bond in late 1961 and encountered resistance from the character's creator, both Ian Fleming and producer Albert Broccoli, both of whom considered the tall, muscular Connery too striking and too "unrefined" to play the role of Commander Bond. It was actually their partners, Blanche Blackwell and Dana Broccoli, who talked them into accepting Connery in the role. Fleming later admitted he had doubts about Connery's suitability up until he saw the final result, Dr. No, at its premiere. He admitted that Connery had made the part his own and this even influenced the last few novels, where Fleming adopted Connery's Scottish heritage and other characteristics into the book character.

Connery played Bond in the first five films in the series, achieving tremendous financial success and critical acclaim, and becoming one of the most famous actors on the planet. However, he grew tired with the role and quit after You Only Live Twice (1967). When his successor, George Lazenby, quit the series after just one film, Connery was tempted back with an astonishingly huge paycheque for the time (£1.25 million) for Diamonds are Forever (1971). He subsequently refused to return, being replaced full-time by Roger Moore. Connery and Moore struck up a strong friendship which lasted until Moore's death in 2017. In 1983 Connery returned to the role of Bond in Never Say Never Again, made by a different studio through a copyright loophole. Connery was tempted back because the film depicted an aged Bond with more weaknesses and frailties, which he thought was more interesting to explore.

Many of Connery's later roles were of genre interest. He appeared in the bizarre John Boorman SF movie Zardoz (1974) (wearing what one critic described as "a red nappy"). He played Robin Hood opposite Audrey Hepburn in Robin and Marian (1976) and was part of an all-star ensemble in the epic World War II movie A Bridge Too Far (1977). He helped defend Earth from an asteroid impact in Meteor (1979) and investigated crimes on Jupiter's moon, Io, in Outland (1981). He appeared in a surprisingly small role in the 1981 comedy Time Bandits, waiving his usual high fee because he was amused by a line in the script by Michael Palin ("for this role we need Sean Connery - or someone of equal but cheaper stature"). He went on to appear in The Name of the Rose (1986), Highlander (1986), The Untouchables (1987), Indiana Jones and the Last Crusade (1989, playing Harrison Ford's father despite only being eleven years older than him), The Hunt for Red October (1990), Robin Hood: Prince of Thieves (1991), First Knight (1995), The Rock (1996), The Avengers (1998) and Finding Forrester (2000). His last major film role was in The League of Extraordinary Gentlemen (2003), a process he hated because he felt that the director had lost control of the film. Connery himself spent time in the edit to try to salvage the picture but ultimately deemed it a failure, and a key reason in his decision to retire from acting.

Connery was offered roles in The Matrix (1999) and Peter Jackson's Lord of the Rings film trilogy (2001-03), the latter as Gandalf. He turned both down, noted he didn't understand the scripts (and, in the latter's case, the finished films). He later said he disliked the direction Hollywood was going in, particularly its focus on effects rather than scripts and actors, and noted there were few creatives in Hollywood he respected any more (noting George Clooney, Steven Soderbergh and Sean Penn as exceptions). He formally announced his retirement from acting in 2006, turning down an opportunity to appear in Indiana Jones and the Kingdom of the Crystal Skull (2008).

Connery was knighted in 2000. Despite being a proud son of Scotland and a fervent supporter of the Scottish National Party and their cause of Scottish independence, Connery divided most of his time between residences in Marbella, Spain and the Bahamas. This led to accusations that Connery was a tax exile, a repeated accusation which always annoyed Connery who several times disclosed tax records showing multi-million payments to the UK treasury. Connery was also accused in 2006 by his ex-wife of being physically abusive and saying that striking a woman was "no big deal." Connery vociferously denied the accusation and reiterated his opposition to violence against women.

Sir Sean Connery was a charismatic leading man who walked the walk as well as talking the talk, with a formidable body of work. He remains the finest actor who have played the role of James Bond, and his catalogue of roles is quite notable. Even mediocre SF scripts like Meteor and Outland were livened up by his charisma and authority. An actor of the old school, whose like we may never see again, Sir Sean will be missed.

Well, his public comments re: violence against women were pretty bad.

Great old school actor that will be sorely missed

I can forgive you not mentioning Marnie, because it's one of the lesser Hitchtcock's films, but forgetting The Man Who Would Be King is absolutely criminal.

I'm not sure if 'vociferously opposed violence towards women' is fair -