Disney+ and Lucasfilm have commissioned a season of television adventures for Willow Ufgood, the hero of the 1988 fantasy film Willow, produced by George Lucas and directed by Ron Howard. 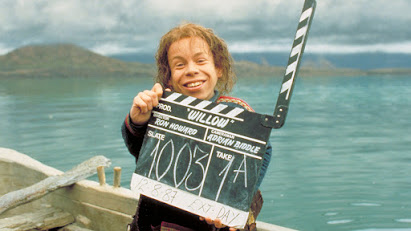 The new series picks up thirty-odd years after the film, with Willow and his family having to face new challenges. Warwick Davis reprises his role as Willow from the film.

The 1988 movie saw Willow team up with a redoubtable swordsman, Madmartigan (Val Kilmer) and Sorsha (Joanne Whalley), the treacherous daughter of the evil Queen Bavmorda (Jean Marsh), to save a young child, Elora Danan, the prophecised future Empress of Tir Asleen. It's unclear if any other actors from the film will return, although revisiting Elora Danan as an adult seems a no-brainer for the plot. The film was a moderate box office success, but not enough to warrant a sequel at the time.

A trilogy of novels, the Chronicles of the Shadow War series, was published in the 1990s as a sequel of sorts to the film, written by X-Men writer Chris Claremont based on George Lucas's outline. The novel trilogy was controversial, as it killed off most of the film cast, renamed Willow and had very little to do with the film. It's assumed that the novels will be completely ignored by this new TV series.

The Willow TV series marks the first non-Star Wars project undertaken by Lucasfilm since its buy-out by Disney in 2013. The series will be co-written by Jonathan Kasdan (Solo) and Wendy Mericle (Arrow), who will also act as showrunners. Jon M. Chu (Crazy Rich Asians) will direct the first episode and produce. Ron Howard will produce.