Netflix has teamed with Ubisoft to develop a live-action TV series based on the Assassin's Creed video game series. This will not be connected to the 2016 film based on the games, starring Michael Fassbender. 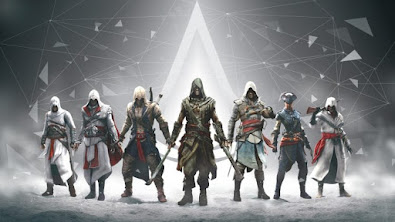 The premise of the series is that humanity is actually a genetically-engineered creation of an ancient, superior race that used to exist on Earth but was wiped out by a solar flare tens of thousands of years ago, leaving no trace of their existence. This superior race left behind technology, known as the Pieces of Eden, to help preserve Earth through future apocalyptic events, with various factions throughout time trying to gain control of this technology for purposes selfish and selfless. The two main factions are the Assassins, who represent freedom, and the Knights Templar, who represent order; the two factions have both precursor and successor organisations existing at different points in time. In the present day, the Templar-descended mega-corporation Abstergo Industries has created a device, the Animus, that allows the wearer to experience the memories of their ancestors from different points in time and garner clues to the current whereabouts of the Pieces of Eden. This forms a framing device, with each game having its own, mostly self-contained storyline and characters, but the metastory of the modern-day Templar/Assassins battle continues to unfold in the background.

The Assassin's Creed series is one of gaming's most commercially successful franchises, having sold over 155 million copies in total.

The premise of the TV series is unclear. However, the video game setting would allow them to make an effective anthology series, with each season set in a new time and location with framing elements linking them together. This would give the creative team a formidable amount of creative freedom to develop the project.

Netflix are also working on a live-action TV show based on the Resident Evil franchise.