Neil Gaiman has reported that shooting has begun on Netflix's adaptation of his graphic novel series, Sandman. 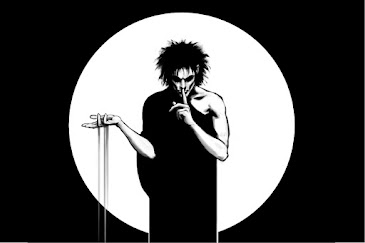 Shooting began on Thursday 13 October, with the first scene being shot being a sequence set in 1918 where Dr. John Hathaway procures a book from the museum where he works and gives it to Roderick Burgess, the antagonist of the early part of the story.

Gaiman notes that with shooting underway, they should probably get around to announcing the cast (presumably because the longer shooting continues, the more likely it is that casting and set pictures will leak) and hopes to be able to do that shortly.

To this day I fail to understand what drives the demand for tv/film adaptations of novels. Why do people want a product that with 95 % certainty will be inferior to the original?

On the rare occasion that adaptations actually become good movies in their own right, the story is usually a radical departure from the original, like Blade Runner and Children of Men. I think this shows how truly talented creators want to make their works as much from scratch as possible, whereas second-rate creators can be content with remaking someone else's genius work.

Because they make money. Hollywood is a very risk averse business. They need profits, and they’re largely unwilling to take a risk on unproven stories—especially SFF stories that require a lot of world building. At then of the day, most studios just don’t trust their screen/tv writers to tell original stories, and with good reason in many cases. There are very few Christopher Nolans out there (an established name AND a talented story teller). Those are the factors that might convince a studio to bet on an original—in that order.