FX has announced that shooting is finally underway on its TV adaptation of Brian K. Vaughan and Pia Guerra's acclaimed comic book, Y: The Last Man. 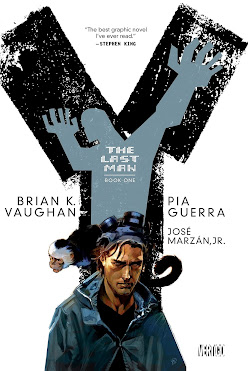 The original comic ran for 60 issues from 2002 and 2008 and is set in a world where an unknown viral disease has wiped out every male mammal on the planet, save two: an average American guy named Yorick and his pet monkey, Ampersand. The series follows Yorick trying to survive in a world where all the survivors want a piece of him, from a religious cult who believe his survival is an insult to God's will to scientists eager to use him to help avert the extinction of the human race.

The project has spent a long time in development. The comic book was optioned in 2015. A pilot was ordered and cast in 2018, and based on the internal testing of the project a full season was commissioned in February 2019. However, the road production became rocky, with multiple castmembers dropping out and replacements having to be hired. Production was finally scheduled to start in February, only to be delayed due to the outbreak of the global COVID-19 pandemic. This has also resulted in additional recasting.

Cameras are now rolling and FX has confirmed the cast list: