Or, more accurately, the cast was announced back in July and I missed it at the time. 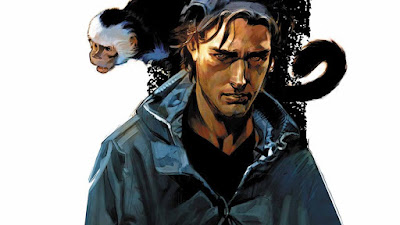 Y: The Last Man, originally a graphic novel series by Saga writer Brian K. Vaughan, opens with the death of every single male mammal on the planet with a Y-chromosome, apart from Yorick Brown and his pet monkey, Ampersand. The sixty-issue comic series explores the aftermath of this event, with various factions battling to take control of Yorick, kill him, or use him to repopulate the human race.

The principle roles for the series have been cast as follows:

The pilot episode of the show is shooting now and, if ordered to series, will debut on FX in 2019. The current plan is for the TV series to just be named Y, apparently due to concerns over confusion with the recently-cancelled Last Man on Earth.
Posted by Adam Whitehead at 19:03