News has broken today that Gary Kurtz, the extremely influential producer of movies such as Star Wars, The Empire Strikes Back and The Dark Crystal, has passed away at the age of 78. 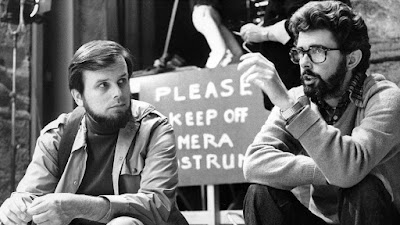 Kurtz was born in Los Angeles in 1940 and entered the film industry at a young age, working his way up through the ranks to become a production assistant. His career was briefly interrupted when he served in Vietnam in the US Marines, but resumed as soon as he returned home in 1969. A couple of years later he met George Lucas and helped Lucas sell his script for the movie American Graffiti. Kurtz worked on the movie as a producer and he and Lucas found themselves a good team, Kurtz giving Lucas the ability to shoot and cut with freedom, whilst Kurtz reigned in some of Lucas's odder ideas, ran interference with the studio and helped liaise with the actors.

The collaboration was immensely successful, yielding numerous Oscar nominations for the film, so Kurtz and Lucas decided to work together on Lucas's next movie, Star Wars, which proved a more daunting and logistically complex affair. Despite problems in shooting and visual effect production, the movie proved to be an immense success, rewriting the laws of Hollywood movie production.

Lucas and Kurtz collaborated for the final time on The Empire Strikes Back. Lucas chose to take less of a role on this movie, appointing his old mentor Irvin Kershner as director and spending more of his time locked in battles with the studio (especially as the film went over-budget). Kershner proved a far better hand at dealing with the actors and got much stronger performances out of them. Lucas regretted the amount of control he ceded on this film, and took a stronger hand for the third movie in the trilogy, Return of the Jedi.

Kurtz and Lucas fell out during planning for the movie, Kurtz particularly objecting to the re-use of a Death Star as the primary threat (which he felt was repetitive) and the replacement of a slave chain gang of grizzled Wookies with the cute and marketable Ewoks. He also disliked Lucas changing his mind on many promising original story ideas, such as only Vader dying and the Emperor surviving to become the main enemy in three further films, and the Millennium Falcon (and Han Solo) being lost in a desperate attack on the Empire. Kurtz left the project before production could begin.

Kurtz went on to work on the films Return to Oz, Slipstream and The Dark Crystal, the latter two reuniting him with Mark Hamill and Jim Henson respectively.

Gary Kurtz is often credited with helping get Star Wars made in the first place, his much greater experience (acquired over a decade of working in Hollywood previously) putting the studio at ease when entrusting George Lucas with $10 million. He gained a reputation of being one of the few people prepared to say "No," to Lucas when he came up with an idea that was too silly or impractical, and Lucas respected him enough to list. The breakdown of that relationship after Empire Strikes Back (primarily motivated by Kurtz's feeling that the third movie had been transformed from an epic climax to a war movie to instead an advertisement for toys) is most regrettable.

A skilled producer and a player of the Hollywood game, Kurtz helped create the most formidable franchise in movie history. He will be missed.

Thank you for this write-up. I had never heard about the reasons for the fallout during ROTJ. I want to see the movie Kurtz was pushing for.