A Hollywood gossip column has suggested that a Blade Runner TV series is currently in the works, although it lists no studio or creative talent as being involved. 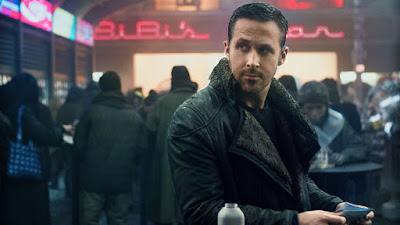 According to the column, the producers of Blade Runner 2049 were disappointed by the film's poor box office performance, but were buoyed by the blanket critical acclaim so are moving ahead with a continuation on the small screen, apparently focused on the characters of Deckard, Ana Stelline and K escaping the situation at the end of 2049.

The creative team behind Blade Runner 2049 are unlikely to return: Ryan Gosling and Harrison Ford will be too expensive and director Denis Villeneuve is currently prepping his two-part adaptation of Frank Herbert's Dune.

With no creative talent or studio attached and the movie not being a huge success financially, I think this project sounds very unlikely to come off, but you never know.
Posted by Adam Whitehead at 19:13