Actor Al Matthews has passed away at the age of 76. 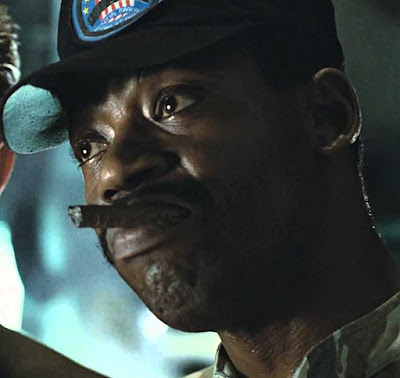 Born in Brooklyn, New York in 1942, Matthews served for six years in the US Marine Corps in Vietnam. He was promoted to sergeant and was given thirteen combat awards and decorations, including two purple hearts.

Matthews moved to the UK and worked for a time as a folk singer, even making a minor hit, "Fool", which hit the UK Top Twenty in 1975. He became BBC Radio 1's first black DJ in 1978. He also became interested in acting and started appearing in small screen roles in the late 1970s, including films such as The Omen III and Superman III, and TV series such as Grange Hill.

In 1986 Matthews landed his biggest and what remains his best-known role, when he was cast as Gunnery Sergeant Al Apone in James Cameron's Aliens. Matthews' charismatic performance, drawing on his own US military experience, became iconic and he landed several of the film's more iconic lines. Matthews also took up the role of an unofficial military advisor to Cameron and the rest of the film's cast, teaching them how to move, hold weapons and respond to orders in the field. Cameron regretted both killing off the character so early and not giving him more to do.

Although his character was killed off in the film, he reprised the role for the video game Aliens: Colonial Marines (2013). The character of Avery Johnson in the Halo franchise was created in homage to Matthews' performance as Apone.

He continued to act regularly until the late 1990s, appearing in movies such as Tomorrow Never Dies and The Fifth Element, before retiring to Spain. He passed away at a retirement home in Alicante.
Posted by Adam Whitehead at 22:10