Into the Badlands: Season 2

Baron Quinn's machinations have come to naught. His former Regent, Sunny, is now a slave in a mine outside the Badlands' borders. The Widow's military campaign threatens the lands now governed by Quinn's son, whilst Veil has given birth to her and Sunny's son. MK is being trained in the use of his unusual powers by those who know it best. But nothing is quite as it seems and a new sequence of events threatens to plunge the Badlands into chaos once more. 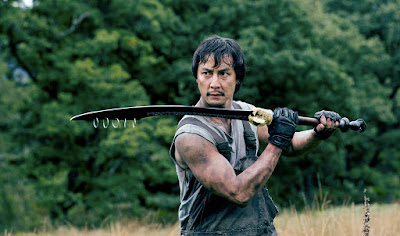 The first season of Into the Badlands was terrific pulp fun, a show operating on clearly a limited budget but one that told a solid story using some superb actors and fight choreography. The second season is a serious improvement. The show's had a hefty budget increase, with lots more use of CGI, more sets and even more spectacular action scenes. More importantly, the story is a lot stronger this time around, more firmly rooted in the characters and their interpersonal relationships.

Which is not to say that Into the Badlands has lost its edge. The show remains resolutely bonkers, with characters backstabbing one another on the regular, hordes of extras being killed at the drop of a hat and some episodes featuring more story developments than some shows manage in entire seasons. The pace is sometimes too frenetic, with the show feeling like it has too many ideas to jam into its runtime despite Season 2 having twice the episodes of the first season. 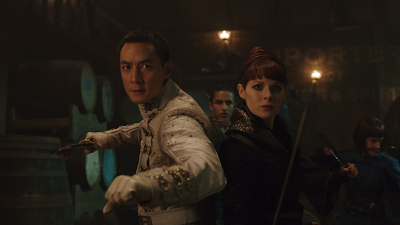 The series feels more epic, a combination of the greater episode count, the aforementioned budget increase and the fact that the show is now shot in Ireland, which gives it more bang for its buck than shooting in Louisiana (which requires several changes of location for major characters, since they clearly can't recreate the same environments perfectly). It does mean that the show's former specific geographic setting - the Badlands were supposed to be between the Rocky Mountains and the Mississippi - becomes rather vaguer in the second season until the producers just give up. There's more of a political feeling to the second season as well, with the Widow vs. Quinn conflict of the first season opening up with the other barons and their factions introduced and explored.

This is all great stuff, but it's really the characters that drive the show forward. Everyone gets their time in the sun. Sunny (Daniel Wu) is more driven and relentless in his quest to escape and return home, Veil (Madeleine Mantock) gets far more screentime as she finds herself in an awkward situation and the Widow (Emily Beecham) remains as driven and impressive a character as ever. Waldo (Stephen Lang) gets a lot more to do as well and the show benefits from his gravitas. Lydia (Orla Brady) doesn't have much to do, though, and one of the season's weaker points is how it seems to be constantly trying to find something for her to do, resulting in a number of tedious subplots until she finally rejoins the main story near the end of the season. 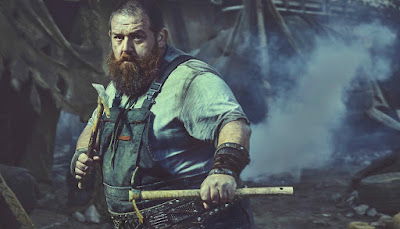 The best character of the second season, though, is newcomer Bajie, played with charisma by Nick Frost (Shaun of the Dead, Hot Fuzz, Paul). Once you get used to the odd site of Frost without Simon Pegg being nearby, he turns in an excellent performance laden with humour but also showing an unexpected dramatic depth, especially once his backstory is revealed later in the season. Earlier on he proves to be an able foil for Sunny, and you eventually realise he's playing the Pigsy to Sunny's Monkey King (Into the Badlands is based, albeit loosely, on the classic Chinese novel Journey to the West), complete with his own impressive (if shambolic) fighting style.

There's not much to knock the second season of Into the Badlands (****½) for. Sometimes the pacing is a little too fast, and maybe a few plot twists would be more effective or emotionally devastating if they'd been allowed time to breathe, but beyond that it's as compelling and fun a slice of pulp fiction as the first season, but with much better production values, effects and even better fight sequences. Hugely enjoyable. The season is available in the United States on DVD and Blu-Ray, and in the UK on Amazon Prime Video.
Posted by Adam Whitehead at 18:55