AD 3022. The Inner Sphere of human space is embroiled in the closing stages of the Third Succession War, a series of conflicts between the Great Houses for power and territory. Largely unaffected by the conflict is the Aurigan Coalition, a minor power among the Periphery States which has flourished under the rule of House Arano. Lady Kamea Arano is about to take her place as the head of the house when her uncle launches a brutal coup. Kamea disappears and one of her guardians, a MechWarrior of impressive skill, is rescued by a band of mercenaries. Three years later Kamea re-emerges with an offer to her former allies to help her reclaim her throne.

Originally released in 2018, BattleTech is a turn-based strategy game set in the shared BattleTech and MechWarrior universe. That universe began as a tabletop wargame but expanded into board games, novels, video games and even a short-lived animated series. Created by Harebrained Schemes and with the original BattleTech co-creator Jordan Weisman in charge of development, it was the first BattleTech video game that got close to the franchise's original roots.

It was reasonably successful, and has since been re-released with its three expansions (Flashpoint, Urban Warfare and Heavy Metal) included. So the question is it worthwhile picking up the game with these additions included? My original 2018 review of BattleTech can be found here. 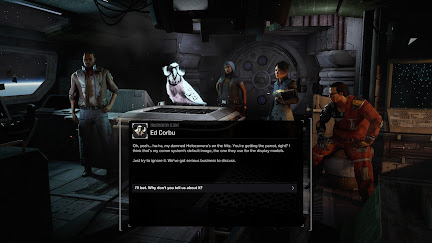 To recap, the game has you playing a MechWarrior, the pilot of a BattleMech, a massive, building-sized walking death machine. MechWarriors are the elite troops of the 31st Century, a time period when five great powers and numerous smaller ones and mercenaries fight for control of the Inner Sphere, the vast region of space claimed by humanity (there are no aliens in the BattleTech universe). Over the course of a lengthy story-driven campaign, interspersed with huge numbers of side-missions and procedurally-generated jobs, you build up a mercenary company from scratch, hiring pilots, training their skills, buying or salvaging more BattleMechs, equipping them and fighting in detailed, tactically tense engagements on a variety of planets. The game contains a number of interesting, interlocking systems which gives rise to an immense amount of satisfying player choice, realised via chunky, engaging combat missions. The game is effectively XCOM: Pacific Rim, and is every bit as fun and compelling as that sounds.

The original game did have problems, though, with too-long animations and a difficulty curve that was less of a curve and more of a barbed-wire wall, with occasional spikes making progress difficult without a lot of tedious grinding. 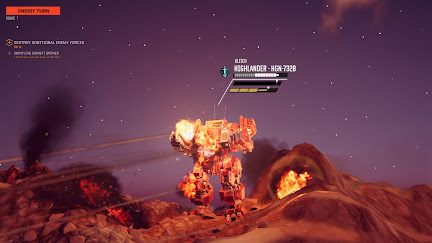 The Mercenary Collection, via the three expansions included within, immediately eliminates these problems via a host of new features. The most notable is that the game's engine has been reworked and a number of new options presented, which dramatically speed up gameplay by allowing you to skip more tedious animations or remove mid-battle animated sequences altogether. There is a more granular difficulty setting for those who find the game too much of a cakewalk or too tough. There are more mid-game special events to liven things up, and the DLC missions and features integrate into the campaign, giving you a greater variety of maps to fight on, as well as more mechs and weapons to deploy in battle.

The game also gives you the opportunity to start in "Career Mode," which jettisons the storyline altogether in favour of a new setup with you taking on the task of setting up your mercenary company from scratch and guiding them across the Rimward Periphery without any story material to worry about. This mode is fun for veteran players who know what they are doing, as they can immediately access some of the DLC material that is otherwise gated until you finish the campaign. For newcomers I'd recommend following the story, which does a better job of managing the difficulty curve of the game. 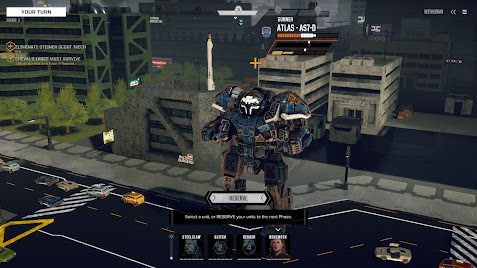 The first DLC, Flashpoint, adds a number of new story-based mini-campaigns (aka flashpoints) to the game. These campaigns have their own stories, characters and twists and turns, and can give you a lot of rewards and experience. There's some fun elements in these missions, and they add a fairly large number of handcrafted missions which relieve the occasional grind of procedurally-generated, somewhat bland missions. However, the flashpoints oddly don't trigger until you've finished the story campaign, which oddly leaves you too heavily levelled for the low-level flashpoints (which will become a cakewalk). The flashpoints are best experienced in Career Mode, but the tougher missions do have some twists that may check even experienced MechWarriors, such as missions that force the player to use Light or Medium 'Mechs, forcing them to leave the Assaults at home.

The second DLC, Urban Warfare, introduces the new city environment which is a huge amount of fun to play in. Skyscrapers break sightlines, and jump jet-equipped 'Mechs can suddenly find themselves with a lot more tactical options than before (though also run the risk of the building they are standing on being shot out from under them). Ten more flashpoints are added with interesting new storylines. 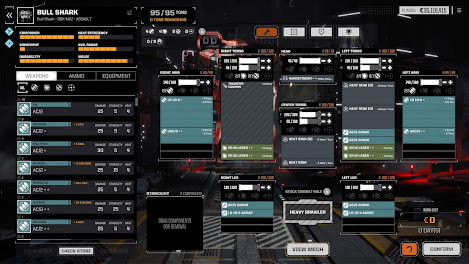 The third DLC, Heavy Metal, adds multiple new BattleMechs, including the mobile artillery Bullshark 'Mech, and tons of new weapons, including the COIL laser which can make Light 'Mechs much more formidable weapons platforms. The expansion also features a new story campaign that ultimately pits the player's company in the middle of a showdown between two of the BattleTech universe's most formidable warriors, the Bounty Hunter and the Black Widow.

These expansions add a lot more content and variety to the game and, like the Enemy Within expansion for XCOM: Enemy Unknown or the War of the Chosen expansion for XCOM 2, they improve on the original game as well, taking something that was already very solid and making it richer, more interesting and more compelling. This version of the game also allows for much greater modding capability, and the mods available via Nexus are impressive, with some extending the game's setting to incorporate the entire Inner Sphere and extending the timeline to bring in those old BattleTech favourite antagonists, the Clans.

BattleTech: Mercenary Collection (****½) is, at least for now, the definitive version of the BattleTech experience and an outstandingly rich, turn-based strategy game. It is available on PC now (and is currently on a reasonably generous deal on Steam).