Orbit Books have confirmed that Daniel Abraham's new fantasy novel, Age of Ash, will be published in February 2022. 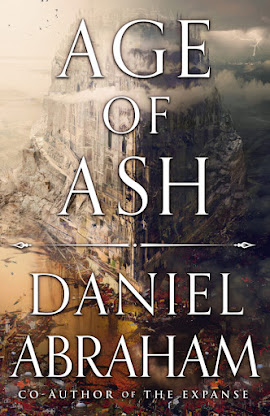 The new novel is the first in a trilogy, with the entire trilogy spanning a year in the life of one city. The cover blurb as as follows:

Kithamar is a center of trade and wealth, an ancient city with a long, bloody history where countless thousands live and their stories unfold.

Alys is simply a petty thief from the slums of Longhill, but when her brother is murdered, she sets out to discover who killed him and why. But the more she discovers about him, the more she learns about herself, and the truths she finds are more dangerous than knives.

Swept up in an intrigue as deep as the roots of Kithamar, where the secrets of the lowest born can sometimes topple thrones, the story Alys chooses will have the power to change everything.

Abraham is the author of the excellent Long Price Quartet and Dagger and the Coin series, as the co-author (with Ty Franck, both writing as James S.A. Corey) of The Expanse, the final volume of which will be published this autumn.