Shooting on THE BOOK OF BOBA FETT wraps, production due to start shortly on THE MANDALORIAN Season 3

Star Ming-Na Wen has confirmed that Lucasfilm have completed production of The Book of Boba Fett, a spin-off TV series from The Mandalorian. Shooting began late last year on the surprise show - whose existence was only revealed in the season finale to The Mandalorian - which sees Ming-Na Wen reprise her role as Fennec Shand, alongside Temuera Morrison as the titular bounty-hunter. 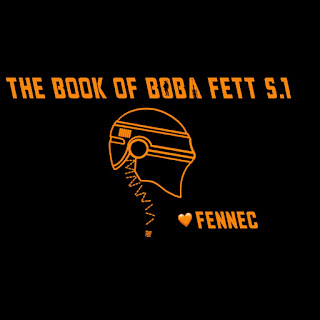 The plan was to roll straight into shooting The Mandalorian Season 3, with star Pedro Pascal confirming this week that production has not yet begun, but presumably will shortly.

The Book of Boba Fett will air on Disney+ in December this year, with The Mandalorian Season 3 likely to follow in 2022.

Email ThisBlogThis!Share to TwitterShare to FacebookShare to Pinterest
Labels: disney, disney+, lucasfilm, the book of boba fett, the mandalorian