The USS Enterprise has returned home following the battle with Khan. Captain Spock is dead and the Enterprise is to be decommissioned, with some of the crew transferred to the new, cutting-edge USS Excelsior. A Federation science team is dispatched to investigate the newly-formed Genesis Planet, whilst the Klingon Empire becomes keen to get its hands on the Federation's latest "weapon." On Earth, a series of revelations inspire Admiral Kirk to take drastic action to save his two greatest friends, but he must pay a heavy cost to do so. 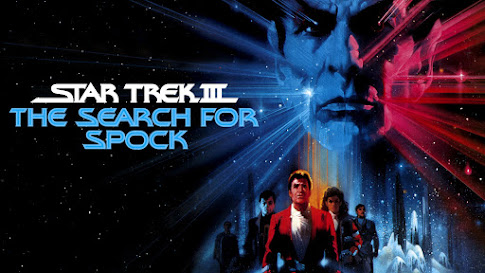 The whole soul transference thing has never worked for me. I suppose it could work in another context, but if the whole plot of the movie is the effort to bring Spock back then I can't suspend that much disbelief. I do heartily agree though, that the triple price Kirk must pay saves this from being a bad movie. It's really sad that this essential respect for good storytelling has fallen by the wayside in more modern films. I find the current Star Trek completely unwatchable, but I guess each generation has its own tastes.

This was the first Star Trek movie I saw in theaters as a kid. So I'm not sure if it's that nostalgia, or just my taste in movies, but TSfS is my all time favorite, even above TWoK.

I so agree...the new versions are terrible. Especially so with Abrams need for lens flare. Bring me the OG crew with the NCC-1701A any day! There's on one captain of the Enterprise, and that is Shatner's James T. Kirk!!!!