After many, many years of delays, legal action and a lot of writer and director turnover, filming is finally underway on the new Dungeons and Dragons film. 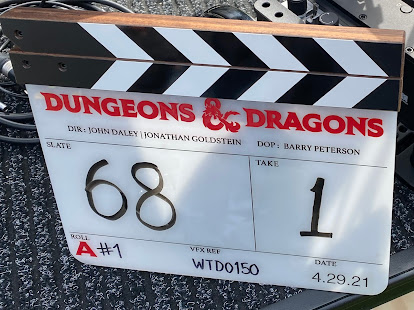 Shooting appears to be underway at the main production base in the Titanic Studios in Belfast, Northern Ireland, where the production is using the studio facilities previously employed by Game of Thrones. Second unit location shooting has also already taken place in the south of Iceland.

Production is set to run through the summer, with next year devoted to post-production and effects. The film is directed by Jonathan Goldstein and John Francis Daley and starts Chris Pine, Hugh Grant, Michelle Rodriguez, Regé-Jean Page and Justice Smith. The film is currently set for release on 3 March 2023.

And may it be better than the last one...

What could be more auspicious than shooting at Titanic studios.