STARFIELD not likely to appear before 2022

After a number of recent reports that Bethesda Game Studios' latest huge RPG, Starfield, could be released this autumn, there has been pushback by a number of industry insiders. Jason Schreier of Forbes (and formerly Kotaku) has said that the game is being envisaged as a 2022 release as an Xbox exclusive. Tom Warren of the Verge concurred. Schreier did say that the game would be featured at the E3 gaming expo next month, as has been rumoured for a while. 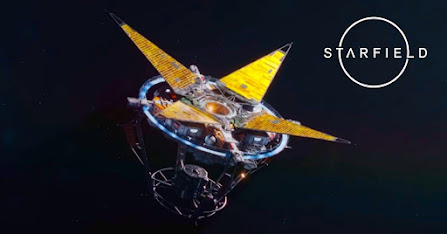 Another possibility is that Bethesda envisage a release date later than 2021 but before E3 2022, so will take advantage of E3 to announce the release date, even if it is closer to a year from release rather than a few months. They may also do this if the release date is soon after E3 2022, but too close for them to start the pre-release hype at that event (exactly why Bethesda seem intent on using E3 as an announcement platform when they have the Internet is another question).

Since Bethesda are now owned by Microsoft, it may also be the case that Microsoft want to do a grand reveal of a large slate of upcoming games up to a couple of years out, regardless of if this clashes with Bethesda's previous way of doing things.

A final point to consider is that Fallout 76 performed badly by Bethesda's normal standards, selling far fewer copies and reviewing very poorly compared to their prior games. With Starfield being a new IP, Bethesda and Microsoft might also want to start the pre-release hype for the game earlier than normal, to get the message out to more people that the game exists. However, they have to be careful about not over-hyping the game given the recent blowback received by Cyberpunk 2077 for doing the same thing.

In any case, it looks like a 2022 release for Starfield is most likely. This will disappoint those waiting for the game and also for The Elder Scrolls VI, which is unlikely to scale up to full-time production until Starfield is on shelves. That puts a potential Elder Scrolls VI release date well off to potentially 2026 or 2027, or later. And those hoping for a Fallout 5 had better really learn the art of patience, or hope that Microsoft will assign that project to a different team.

Update: Schreier has confirmed that his information is that Starfield is now targeting a late 2022 release date.