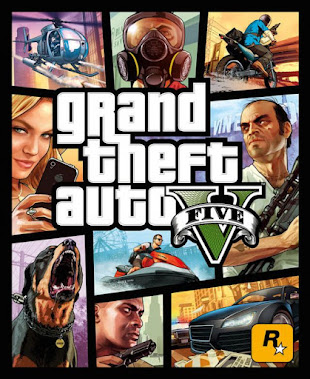 The new version of the game is launching for PlayStation 5 and Xbox Series X. It's assumed the game's improvements will also make their way over to the PC version of the game, though that's not yet confirmed. The games will have hugely upgraded graphics, lighting and textures, and some other refinements. Rockstar is also launching a stand-alone version of Grand Theft Auto Online as a PS5 exclusive for three months, which will then be available on other platforms in the spring of 2022.

Fans have been anxiously awaiting news of a new Rockstar game. Their last title, Red Dead Redemption 2, will be four years old by the time GTA5's next gen port hits shelves, and Grand Theft Auto V itself will be eight years old. We know Rockstar are working on Grand Theft Auto VI and that parent company Take Two are planning a major, GTA-level release in financial year 2023-24, but it's not yet confirmed what form that will take (and obviously delays are possible).

Grand Theft Auto V is the second biggest-selling video game of all time, with over 140 million copies sold (and closing in rapidly on Minecraft, the current title-holder with 200 million games sold). No doubt the new version will dramatically boost those sales. The next-gen version of the game hits shelves on 11 November 2021.