Ten years ago, a bank robbery in Yankton went badly wrong. One of the criminals, Trevor Phillips, barely escaped and another, Michael Townley, got away with his freedom only by giving information to a government law-enforcement organisation. In the present day, Michael is living a peaceful live in witness protection in the city of Los Santos, San Andreas. He hooks up with a young criminal, Franklin, and is drawn back into a life of crime. Unfortunately, one of his high-profile escapades attracts Trevor's attention and Michael soon has some awkward questions to answer. 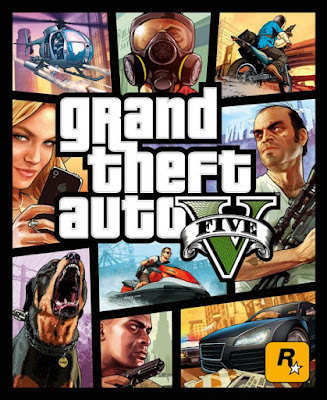 Grand Theft Auto V is a massive, sprawling monster of a game. If the gaming scene has recently seen a surge in cheaper, independent and crowdfunded games relying more on wit and imagination than money, than GTA5 is here to show everyone what can happen when you have a game as expensive as the most costly movies ever made ($250 million and change).

GTA5 is big on everything: insanely good graphics, a huge story taking at least 30 hours to run through - with side-missions and optional activities at least doubling that - and a seemingly never-ending array of vehicles and weapons to unlock. The game also has a big multiplayer component and, on PC, a formidable array of user-created mods and a built-in replay and cinematic editor to create your own movies. This is the ultimate expression of the sandbox game, a game which lets you have fun on its terms but then gives you the freedom to make your own fun with its tools. 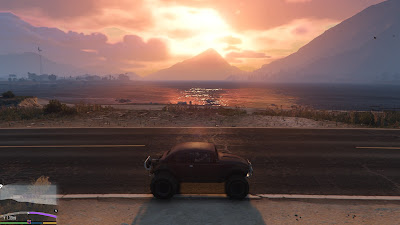 Rockstar have clearly listened to criticisms of GTA4. Despite it's impressive graphics and sense of place, the previous game in the series was criticised for its dourness, its grumpy main character and the constrained sense of space and setting compared to its predecessor. The latest title in the series is much bigger, throws three different, contrasting main characters into the mix and embraces a bit more of the zaniness that made previous titles like Vice City and San Andreas so brilliant. It's certainly not a perfect game and manages several major missteps, but it shows Rockstar taking on board the views of fans to craft a stronger game.

In terms of gameplay, almost everything has been given a work-over. Car handling is improved, combat is more satisfying (even if early reports that it was going to be as good as Max Payne 3's were over-stated) and even the often-dodgy handling of aircraft and bikes is better than it has been in previous games. The map is big, but contained and well-designed enough that it never takes too long to get anywhere, even by car. In fact, those used to playing games like Fuel and Just Cause 2 may find the map far too small by comparison, but its detail (everything is hand-crafted, whilst other games rely on procedural generation or vast areas of wasteland to pad everything out) more than makes up for that. The game also has a surprisingly strong array of side-games. If bowling was a little dull in GTA4, the new game makes up for that with some fairly robust tennis and golf games which are a lot more fun and, crucially, no-one rings you up demanding that you go to play with them mid-mission. 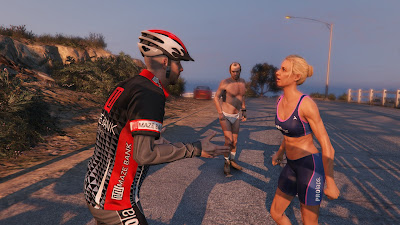 The game also has the best soundtrack since San Andreas, if not even the mighty Vice City, with a good mixture of old and new songs and, with the adverts and talk stations, a return for some of the biting satire the series used to be known for but had gotten a little lost in the mix in GTA4. Long-term fans will also enjoy getting to finally meet long-term creepy radio DJ Lazlow in the flesh.

So the soundtrack is great, the visuals are jaw-dropping, the vehicles all handle great and the combat is pretty solid. Unfortunately, the game stumbles somewhat when handling the main story. Rotating between Trevor, Michael and Franklin makes for some memorable moments and the ability to contrast the points of view of the respective characters about what's going on, but it also makes for a fragmented narrative. The storyline also focuses a lot on Trevor and Michael's shared history and problems and Franklin's character growth and development (strong at the beginning) tails off mid-game. It definitely feels like there was more stuff planned for Franklin and then cut: subplots with his ex-girlfriend and an old neighbourhood criminal called Stretch never really get off the ground but later seem to be fairly important. He feels the most under-served of the three characters, which conversely makes him the one it's easiest to actually play as you feel, as his character doesn't get in the way of the gameplay so much. It feels odd to have undercover, taking-it-quietly, family man Michael flip out and start blowing away helicopters, whilst playing Trevor for more than five minutes without going berserk also feels untrue to the character. 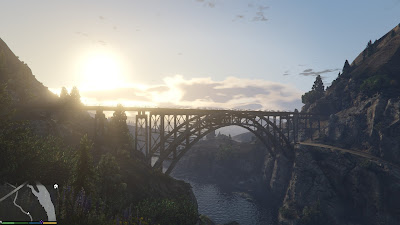 The storyline itself is okay, though jammed with so many GTA series staple cliches (government agents, drug gangs, vacuous celebrities, corrupt politicians, ordinary people driven crazy by their superficial lives) that you'll see almost every plot twist coming. That's not to say it isn't fun, but veterans of the series won't find much here that hasn't been seen before. There's also the tone, which occasionally feels too restrained. GTA5 is a much looser, freer game than 4 and one that feels more confident in heading in the direction of unleashing the total craziness that made Vice City and San Andreas fun, but the game then seems to fear it's trying to copy Saint's Row and pulls back on it. This may also explain why there are some serious opportunities for insane carnage but which then never materialise: there's a whole prison and military base which are never used, despite both being mentioned a lot in the story.

Where GTA5 really trips over itself is its humour. The GTA series is known for its satire, and this is a bit sharper than it has been for a while. Selfies, Facebook, Twitter, the global financial crisis, hipsters and internet dating all come in for a bit of a skewering, which is amusing if obvious and a little dated (blame the game's long lead-time in production). However, the game also goes astray in using multiple jokes based around transphobia. The series has aimed to satirised aspects of minority cultures before without tripping into outright 'isms (if running a bit close on occasion), and when it did offend it generally tried to make amends later on (some lame gay-bashing jokes in GTA4 recovered a little by having a nuanced gay main character in The Ballad of Gay Tony expansion). In this case it feels like just a cheap and aimless couple of gags that go nowhere. Despite its reputation, the GTA is actually usually a bit smarter than that. 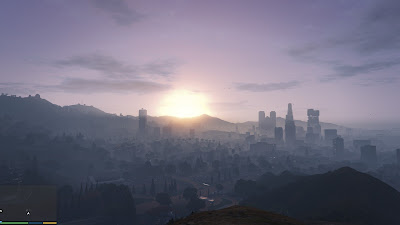 For a game this sprawling, huge and long, however, such ill-judged moments are very few and far between. For all its embracing of tiresome cliche, GTA5 (****) is well-paced and relentlessly fun to play. It's certainly the first game in the series since San Andreas where it's fun just to load up the game, whack on some tunes and go for a long drive along the ocean freeway whilst gawping at the view. The disconnect between narrative and gameplay that the series has always suffered from is still present and correct, and the humour occasionally becomes offensive for the sake of it rather than having something to say. But the game is enormous, compelling and, on PC at least, gives the player the chance to use its tools to craft their own experiences. The game is available now on PC via Steam.

I liked GTA V but since I finished the story I didn't bother with it anymore. I'll check out the upcoming dlcs though...

Adam you need to check out the Pillars of eternity!
It's much better than even the great Divinity Original Sin.
The best RPG feeling I had since Baldur's gate II!!
Only the Torment: Tides of Numenera could top that in the future..

And some things slighty off topic now. Do you have any updates on R. Scott Bakker and J.V. Jones's future books? In your latest posts(last year) you said that Bakker finished his work and the book will be published soon enough(end of 2014/early 2015) and that Jones is already midway of finishing the Book of Words but since then nothing new came up...
What's happening?

I'm already 25 hours into Pillars :) Still a while to go, taken a break for GTA5 and TIE FIGHTER.

Bakker's turned in his latest book and is expecting a release date any time now. I suspect it will be 2016 at this rate though.

As for Jones, unknown. Tor had suggested 2015 was possible but then clammed up about it.