Richard Morgan on Black Widow and his new novel

io9 has a great interview here with author Richard Morgan about his mid-2000s stint writing the Marvel character Black Widow, who, personified by Scarlett Johansson, has become one of the more notable characters in the Marvel Cinematic Universe. Some interesting stuff on the character and how Morgan perceives a Black Widow-dedicated movie could go. 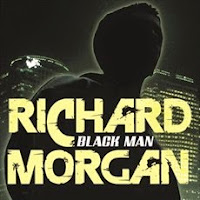 Morgan also confirms that his next novel will be called Thin Air and will be set in the same universe as Black Man (aka Thirteen in the States), on Mars and some time after the events of that book.
Posted by Adam Whitehead at 19:29