SyFy has greenlit a TV series based on Lev Grossman's Magicians trilogy (The Magicians, The Magician King, The Magician's Land). The first season will consist of twelve episodes and will shoot in Vancouver in July, probably for a 2016 debut. 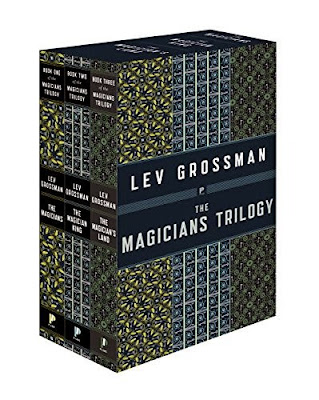 SyFy has also confirmed that its mini-series based on Arthur C. Clarke's novel Childhood's End will air in December. Surprisingly, they also confirmed that the first season of The Expanse, based on James S.A. Corey's novels, will also air in December. The Expanse started shooting in October 2014 and it was assumed would be a summer or early autumn launch. SyFy will either have to greenlight the second season before the first airs, or may envisage there being a long gap until 2017 until the second season can air. It's a slightly odd move for a show that looked ready and raring to go in the trailer released four months ago.
Posted by Adam Whitehead at 17:32

Aren't you a little behind the times? The trailer for The Magicians is already out. - Ian