Jerry Seinfeld is a comedian in New York City who is constantly searching for new material. He finds it in the minutiae of everyday life, particularly his interactions with his old friend George Constanza, ex-girlfriend-turned-friend Elaine Benes and next-door neighbour Kramer. The foursome's increasingly odd adventures provide material for Seinfeld's career, but their lack of "hugging and learning" eventually spells their own downfall. 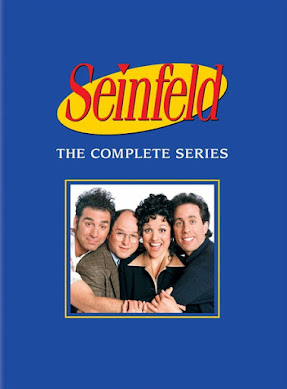 I watched this for the first time a few years ago. It was okay, very clever but something about it just didn’t chime with me. Perhaps I need to give it a second chance.