Ron Howard has stepped up to replace Jon M. Chu as the director-producer of the upcoming Disney+ series Willow, based on the 1988 fantasy movie of the same name. 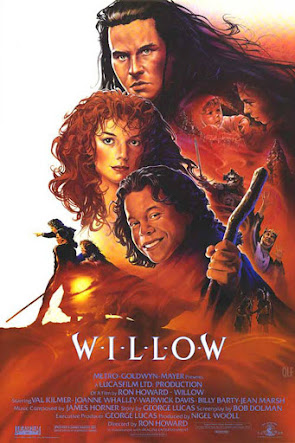 Chu, the director of Crazy Rich Asians and Now You See Me 2, is stepping away from the project after repeated delays caused by the COVID-19 pandemic caused scheduling conflicts. Ron Howard, who directed the original movie, has agreed to take on the project at short notice. It marks the second time that Howard has stepped in to help out a Disney project that had lost its directors, after his work on the 2018 movie Solo, although this time around at least shooting had not already commenced.

The new Willow TV series is set thirty years after the original movie and once again stars Warwick Davis as Willow Ufgood. Jonathan Kasdan, the writer of Solo, has written the pilot and is working as showrunner with Wendy Mericle (Arrow).

Howard will now direct the opening episode and potentially several more instalments of the first season. It is unclear if the other surviving stars of the original film, Joanne Whalley or Val Kilmer, will appear in the series, although Kilmer has suffered extensive health issues in recent years which may preclude an appearance.

Willow is expected to start shooting in the UK in the coming months and will debut on Disney+ in 2022.

This is like watching a slow motion car accident. But let's leave aside covid-19. Let's even forget that it's Disney at the helm repurposing old Lucas content with the same directors and writers that produced Solo. Just taking the material as it is, what is there about this shallow '80s fantasy world that deserves a full series? Are fans of Game of Thrones, or The Witcher, or The Wheel of Time really going to tune in for simple fantasy with a straightforward hero's journey and clear heroes and villains? Even if you were sure that the viewers would be there, how would you recast Willow with 21st century adult themes without losing such magic as the original provides? You could adapt 10 other, better fantasy novels at the relative cost of the first season of The Expanse for the amount of money that will be wasted on and yet another big budget failure.