In tragic news, actress Mira Furlan has passed away at the age of 65. 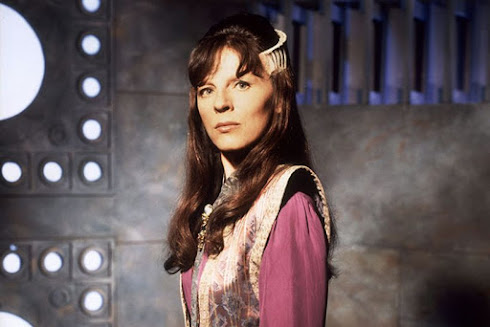 Furlan was born in Zagreb, Croatia, in the former Yugoslavia. She became interested in acting as a teenager, and learned English due to being a fan of American and British music. She studied acting at college and made her TV debut in 1976 in a TV movie, Knez. She became a regular on television in the series Velo Misto in 1980-81 and gained acclaim for her performance in the 1985 movie, When Father Was Away on Business.

Furlan married her Serbian husband, director Goran Gajić, in the late 1980s and commuted between Zagreb and Belgrade where he was directing plays. She appeared in productions in both cities. Although Furlan considered herself a Yugoslav first and foremost, this became an unpopular position as the country was riven by fierce nationalism between its constituent parts. In 1991, after the civil war that would lead to the break-up of Yugoslavia began, she was fired from the Croatian National Theatre for refusing to stop acting in Serbia. After some discussion, she and her husband fled the country and moved to New York City.

A year later, they relocated to Los Angeles when Furlan was cast in her most famous role, that of Minbari Ambassador Delenn in Babylon 5. The role was challenging, as Furlan had to act through significant prosthetics. In addition, she had to play a character whose gender was indeterminate, who would undergo a metamorphosis at the end of the first season to become female. Although she was fine with the prosthetics, she was less happy when she learned her voice was going to be electronically distorted to hide her gender as well. It was decided to drop this idea for the pilot. When the show was renewed for a full season, it was also decided to modify her makeup to be less restrictive. The metamorphosis saw the makeup reduced further, which helped make Furlan more identifiable with her character.

Furlan played Delenn in all five seasons of Babylon 5, becoming one of the show's leading players, and in several spin-off TV movies based on the series, as well as an unreleased video game. 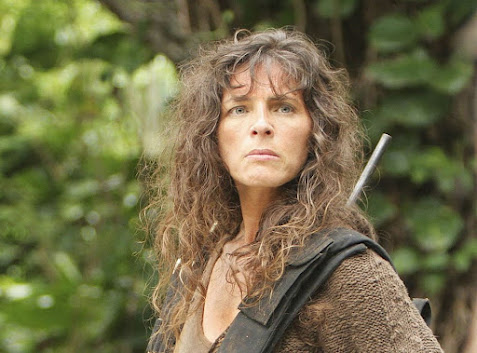 She also voiced the role of Silver Sable on the Spider-Man animated show and was a guest star on several other shows.

In 2004 she was cast on the television series Lost, the biggest show on American TV, playing the role of French castaway Danielle Rousseau. She appeared in twenty episodes spanning the whole show; her character was killed off in the fourth season, but she was able to reappear in the final season thanks to flashbacks, time travel and parallel universes.

In addition to acting on stage and screen, she did voice work for several video games: Payday 2 (2013), Elite: Dangerous (2014), Uncharted 4: A Thief's End (2016) and Mafia: Definitive Edition (2020). Her recent roles include Vonn Odara on Space Command and the Traveller on Just Add Magic. During recent years, Furlan was a frequent attendee at Babylon 5 fan conventions.

Furlan had been ill for some time, although there had been hopes of improvement recently. Babylon 5 showrunner J. Michael Straczynski confirmed her passing on social media. She is survived by her husband and son. An intense and skilled performer, she will be missed.

The show where the whole cast dies young. Wow. I can't process it anymore. I'm not a fan of rebooting or reimagining every single series, but it's saddens me that Babylon 5 will not get remade until JMS is dead and can't criticise, so none of the original cast will get due recognition in their final years. Again a remake would have to bring something new to the table, but it would be so lovely to see Bruce Boxleitner as President Santiago or Peter Jurasik as Emperor Turhan.